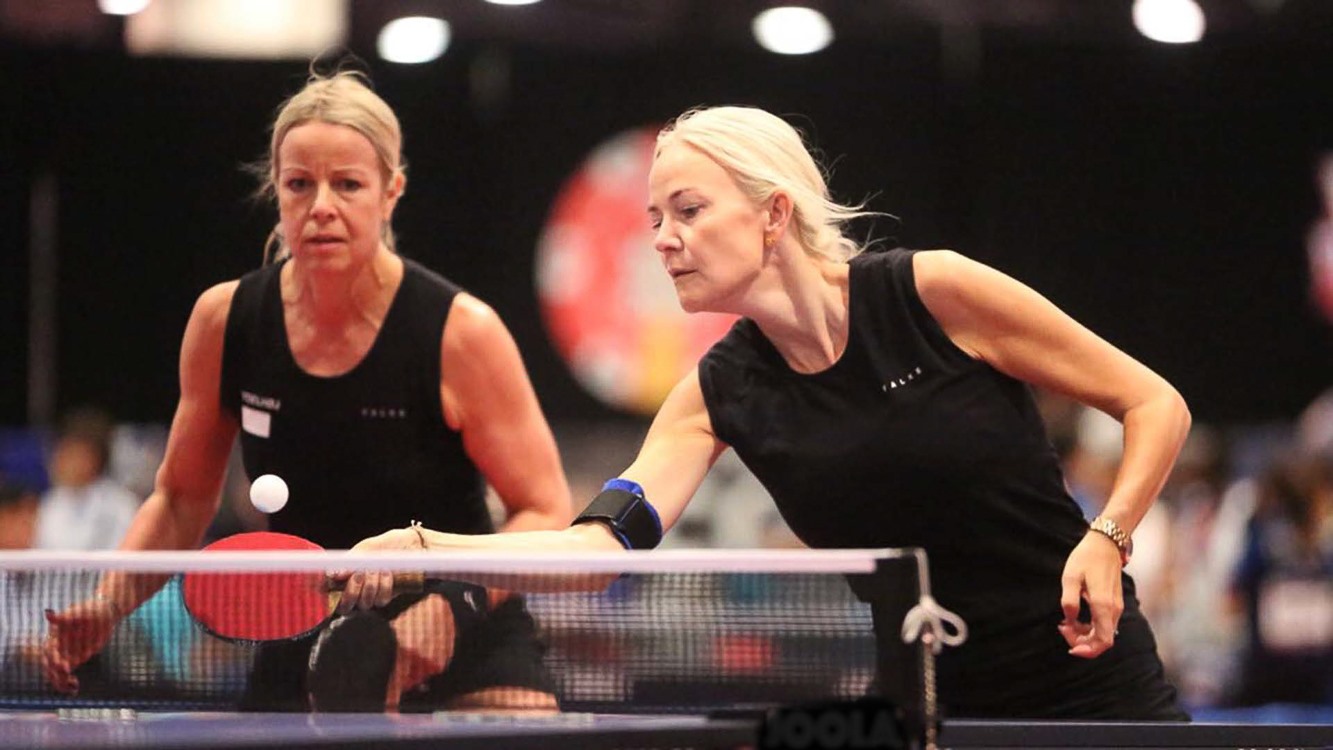 Men’s Over 40 Doubles went to the Indonesian team of Harinto and Jacobs.  Men’s Over 45 Doubles went to the team of Jorg Rosskopf of Germany and Weixing Chen of Austria – both very recognizable names in the US as both have played and won many tournaments here.  Perhaps the most recognizable team in the tournament won the Over 50 Doubles as Sweden’s Erik Lindh and Jorgen Persson brought their world championship doubles team out of retirement to compete and win again.  Bohm (Germany) and Ciociu (Luxemborg) took the Over 55 Doubles title.

The Chinese team of Cai and Huang won the Over 60 Doubles.  Polak (Czech Republic) and Theil (Germany) teamed up to win the Over 65 Doubles.  The Over 70 title went to Korbel (Slovakia) and Ling (Malaysia).  The Over 75 event was won by the Australian team of Klaf and Reid.  The Over 80 winning team included American Chong Keng Tay who teamed with Wing Cheong Mok of Singapore – the defeated the Chinese team of Zonxi Zhang and Mingsheng Chen.  The Over 85 title went to the French team of Decret and Yahiel.  And the Over 90 title went to Ruzha (Czech Republic) and Laine (France) who lost only one game in their four wins.

Check in at ButterflyOnline.com for results of the singles finals which will be played on Sunday (6/24).

(By: Bowmar Sports Team) Butterfly Table Tennis Question and Answer Question: I want to downgrade on my blade… Read More
View All News