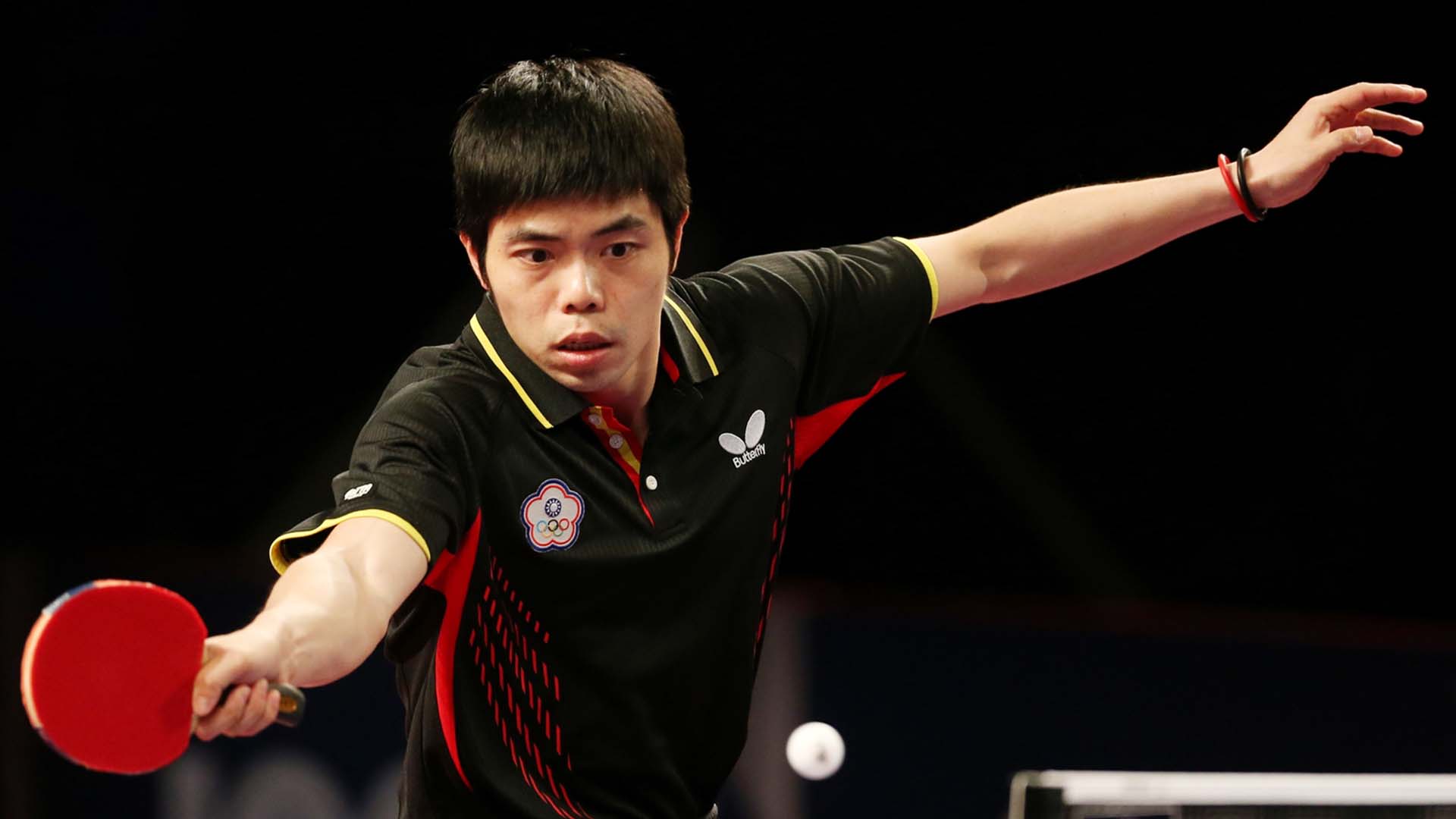 Listed at no.15 on the current World Rankings, he is the no.8 seed at the forthcoming Liebherr 2017 Men’s World Cup; play commences in the Belgian city of Liège on Friday 20th October.
A debut in 2002 in Jinan city, in Liège it will be no less than the 15th time the 36 year old has competed in the prestigious annual event; in fact since his initial appearance, last year was the only occasion when he had been absent.

In Ahmedabad, no doubt calculating the possibilities, first place in his initial phase group at the 2017 ITTF-Asian Cup ahead of Korea’s Jeong Sangeun, Iran’s Noshad Alamiyan and Hong Kong’s Wong Chun Ting, realistically secured his invitation to Liège. Later he was to suffer a quarter-final defeat at the hands of Lee Sangsu, like Jeong Sangeun from Korea, before eventually securing seventh place by beating Japan’s Koki Niwa.

The quarter-finals and defeat; it is very much the story of Chuang Chih-Yuan at the Men’s World Cup.

Fourth place in terms of appearances in the all- time order but he does lead one list. He holds the unwanted record of being the player to compete the most times without every securing a podium finish or even reaching the semi-finals.

The next seven names in terms of appearances – Timo Boll, Kalinikos Kreanga, Werner Schlager, Andrzej Grubba, Johnny Huang, Kim Taeksoo, Zoran Primorac- all gained a medal of some colour; his nearest rival is the now retired New Zealander, Peter Jackson, he competed nine times without ever reaching the quarter-finals.

Over 60 at the Classic Hardbat World Championships: Randy Hou and Other Pips-Out Penholders Dominate By Larry Hodges… Read More
View All News