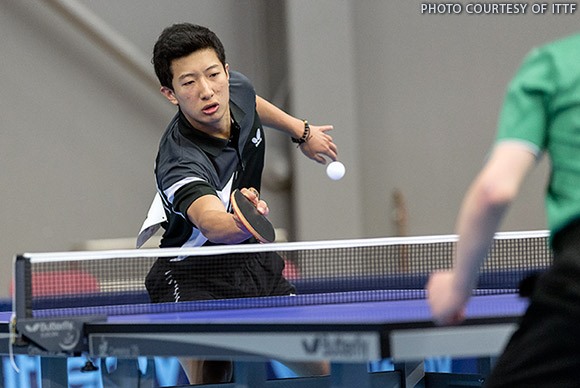 From March 31st – April 3rd, table tennis players from across the country will compete at the 15th annual Butterfly Cary Cup for over $15,000 in total cash and prizes. The long standing giant round robin tournament has become a well-known favorite for players from across the US and the world, with the main event selling out weeks before the entry deadline. This year’s Cary Cup main event will take place over 3 total days, with the top players from both Friday’s and Saturday’s giant round robin groups advancing to the final rounds on Sunday. In addition to the main giant round robin event, hardbat, sandpaper and additional rating events will also be contested at this weekend’s competition.

Leading the pack of highly rated top player-coaches in Division A are two former Chinese Super League players Jingqi Cheng (~2750), Wei Cai (2718) and 2015 US National Men’s Champion Yijun Feng (2734). Challenging these top seeds are an array of player-coaches from some of the most prestigious full time US training centers on the east coast: from New Jersey, Kaden Xu (2677 – LYTTC) and Zirui Zhao (2578 – AITTA), from Maryland Bowen Chen (2518 – MDTTC), Qingliang Wang (2436 – MDTTC) and from Westchester NY last year’s runner up Kai Zhang (2643 – WCTTC). Joining these player-coaches are US junior/cadet national team members, Allen Wang (2553), Amy Wang (2388), Jack Wang (2551) and Derek Nie (2491). The top 4 players who advance out of their giant round robin groups in Division A will move on to single elimination rounds on Sunday.

Competition kicks off on Thursday, March 31st with the hardbat event at 1:00 p.m. EST, and continues with rated round robin events. Friday showcases the start of the main Round Robin which will also take place on Saturday. Sunday will feature the finals of the Giant Round Robin with single elimination playoffs for the top players in each division. Tune in to the live stream at 9:30 am on ButterflyOnline.com for Sunday’s single elimination rounds for Division “A” which will feature some of the highest level table tennis in the U.S.

Continual coverage of the 2016 Butterfly Cary Cup and stories about the athletes will be available at ButterflyOnline.com, or via Butterfly North America’s Twitter and Facebook pages.

Over 60 at the Classic Hardbat World Championships: Randy Hou and Other Pips-Out Penholders Dominate By Larry Hodges… Read More
View All News