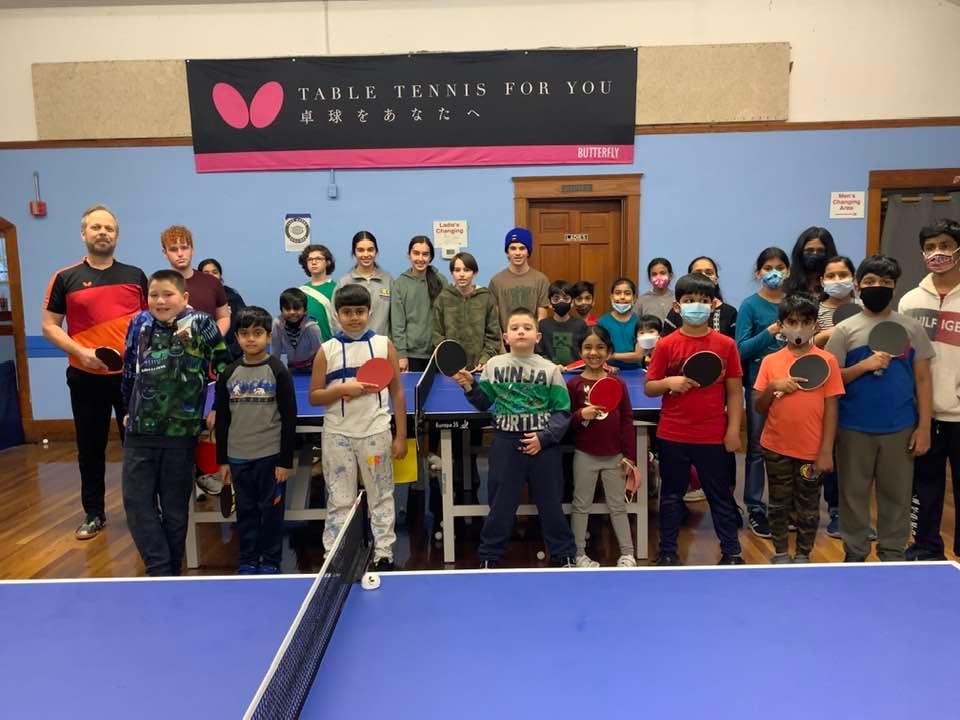 The Rhode Island Club runs leagues on Mondays and Tuesdays, a juniors League on Sundays, and has open play on Thursdays and Saturdays.  Clinics and coaching are offered as well – with many of the juniors clinics numbering 30 or more.  The Rhode Island Club has great tables, lighting customized for table tennis, wood floors, and a small pro shop.

The club has a rich history reaching back to the 1930s.  A club that was a regular stop for regional players and pros for a generation with appearances from Dick Miles and Marty Reisman and Bernie Bukiet and later from more recent legends like David Sakai and George Braithwaite.  We were home to USATT Hall of Famer Dick Evans, were host for nearly a decade to USATT Magazine and one of the most interesting features of the club is the aforementioned League – which has been running using the same basic rules since operations began after a stoppage for World War II.