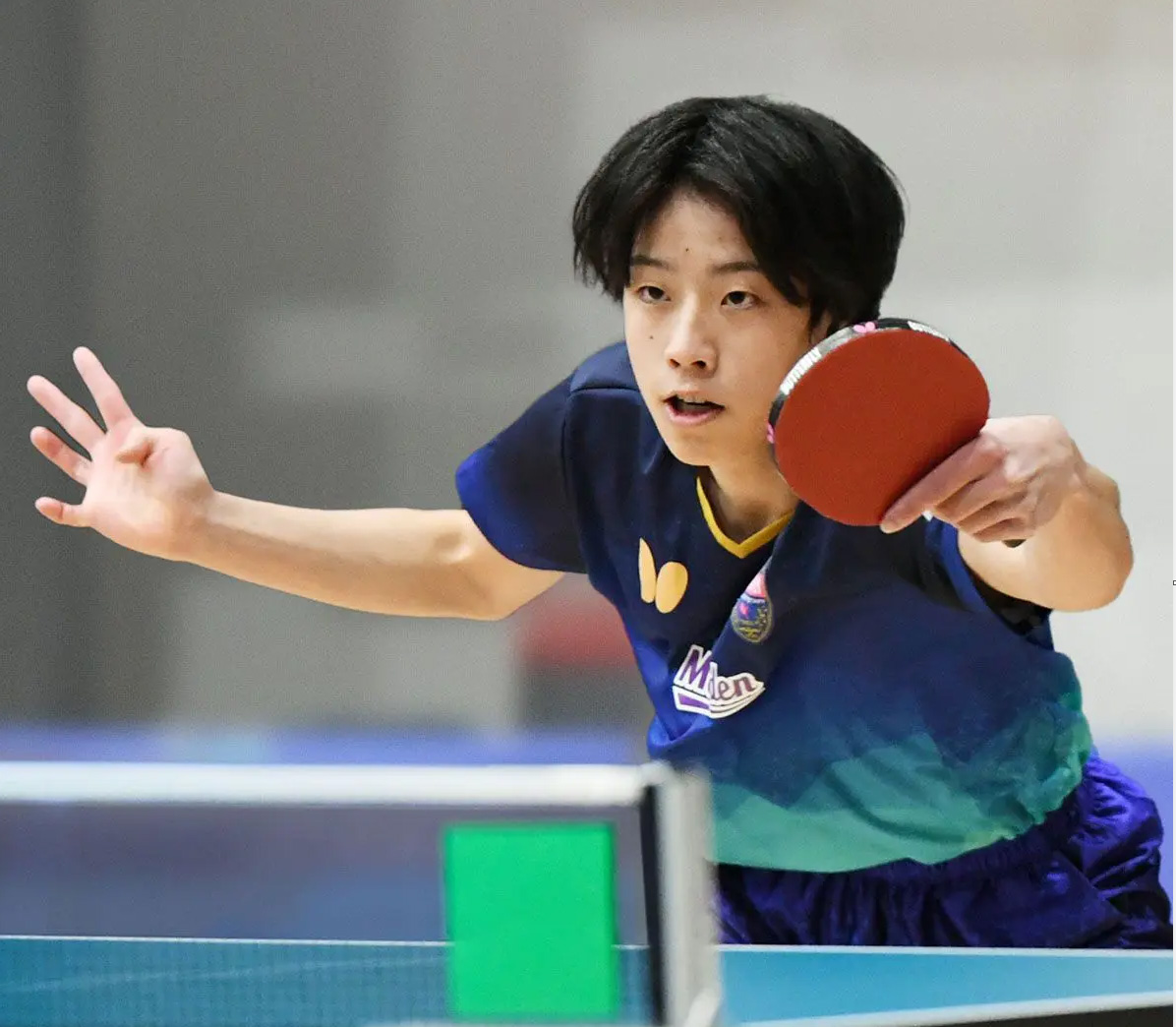 The WTT Feeder Fremont ended with some excitement. Japan’s Hiroto Shinozuka and England’s Tom Jarvis treated fans to a 7 game slugfest with both players aggressively striking balls on both sides.  Shinozuka was the more polished of the two players and often managed to establish leads early in the game, but the streaky Jarvis seemed capable of running off three or four winners in a row at any time.  Jarvis tied the match at 3 games all with an emotional flurry of blistering forehands – but a careful Shinozuka built a 5-1 lead in the seventh game and never looked back. He closed out the match 11-3.  A great match, and an entertaining finish to an exciting tournament.

Sometimes when you read event reviews in sports publications, they provide an analysis of the winners and losers.  Here are some thoughts about the winners of the WTT Feeder Fremont:

TABLE TENNIS AMERICA: This relatively new club is making waves.  They are a Butterfly WAB Club located Fremont, with Hailong Shen and Kou Lei and Lily Zhang supporting the venture.  Their team won the Puerto Rico Open Teams in April, and this month they were able to transform their facility from a club to a world class tournament venue – with space for fans on risers, and cameras, and everything you would expect at an international WTT event.

Table Tennis in the United States:  There have whole years in the past without a single ITTF event – and now over a very short period of time we have had the World Championships and this WTT Feeder event, and there is another WTT Feeder event planned.  Having these quality competitions benefits our athletes, and the whole table tennis community.

Obviously the biggest winner are the actual winners – Both 18 year old Hiroto Shinozuka and 22 year old Tom Jarvis are great stories – neither was expected to reach the Final, and both will be looking at large jumps in the Rankings.  Not only did Shinozuka win the Men’s Singles title, but he also finished second in Men’s Doubles.  Japan’s Asuka Sasao was one better – she won Women’s Singles and Women’s Doubles.

Add Japan to the list of winners.  They were dominant across many events, and with some retirements among their top players, they are looking for the next generation to step up.  Uda, Togami, Oikawa and Shinozuka may be that next generation (ready to join Harimoto on the World stage).  Uda (World No. 27) won Japan’s last championship and is working to be more consistent, Togami is World No. 49 – both are just 20 years old.  They teamed up and won the doubles event, but the bigger story is 24 year old Mizuki Oikawa who reached the Semifinals and 18 year old Hiroto Shinozuka who made the finals in both Singles and Doubles.  Japan also dominated women’s singles – with both Sasao and Ojio reaching the Final despite neither being seeded in the Top 10 for the tournament.

Hirota Shinosuka plays with an ALC blade, and Dignics 05.

(By Larry Hodges) One of the biggest differences between forehand and backhand looping is that, for the forehand,… Read More

For owners of models other than Prime

The Google Sheets image takes you to a spreadsheet that gives the settings for each drill. While these won’t be the exact settings for the Control Panel on your robot, they will give you an idea of where to start, and you’ll need to adjust from there. At the bottom, we’ve included the range and defaults for the setting on a Prime so you can compare these to the ranges and defaults on your own robot. In general, default settings should give you a similar ball regardless of what model you have.

Amicus Prime owners, save these drills to your device via the following steps: