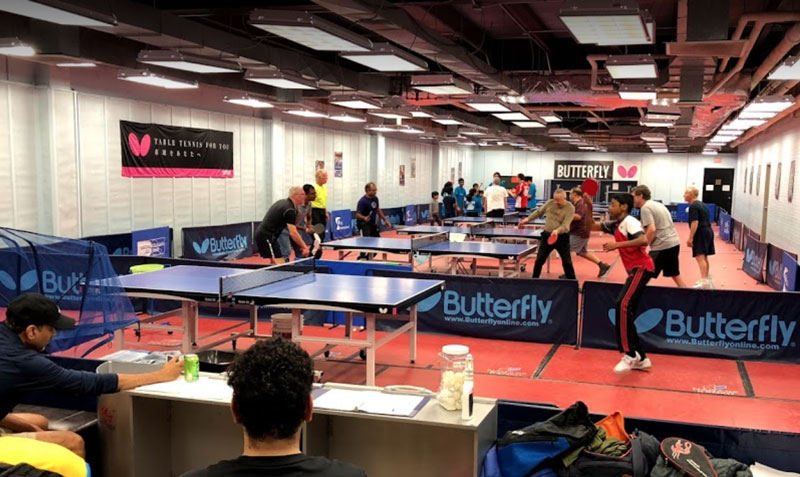 Table Tennis Minnesota has three locations in the greater Minneapolis-St.Paul area.  The Training Center location is on Concord Street in South St. Paul, the Jewish Center location is on Cedar Lake Road in Minneapolis, and the Bloomington Armory location is in Bloomington.  Normally, the Training Center is open Monday-Thursday and Sunday and offers a variety of training of open play options.  The Jewish Community Center offers open play on Thursdays and training and a tournament on Saturdays.  The Bloomington Armory location hosts a weekly round robin tournament on Mondays.

Mitch Seidenfeld founded Table Tennis Minnesota in 1992.  The goal was to grow and develop the sport in Minnesota through leagues, tournaments, and instructional programs.  Minnesota now has a four-tiered recreational league system, a high school league/state championship with over 30 high schools competing, and private and group instruction for players of all levels. Table Tennis Minnesota coaching programs have produced numerous state champions and nationally ranked junior and senior players. Seidenfeld’s work as a coach was nationally recognized in 2003 when he was selected as the U.S. Olympic Committee Table Tennis Developmental Coach of the Year.

As a player, Seidenfeld burst on the scene in 1990 at the World Para Table Tennis Championships where he won Men’s Class 8 as an unseeded player.  Mitch has seldom found himself unseeded since, with great showings in many events including winning gold at the 1992 Paralympic Games and again at the 2007 Para Pan American Games.

For more information and to check the current hours of operation, please visit www.tabletennismn.com