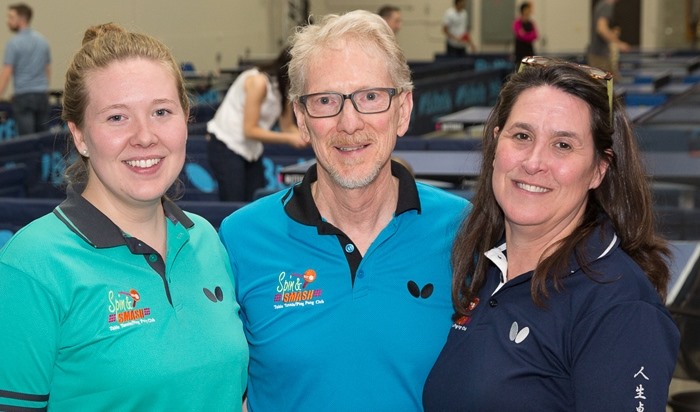 Central Ohio is home to Spin & Smash, a table tennis club that is part ping pong social club and part table tennis training center. The club is located on the West side of Columbus just off of I-270, the Jack Nicklaus Freeway.  The club features eleven Butterfly tables and there are leagues, classes, clinics, and private coaching.  Spin & Smash was founded by competitive table tennis player and certified coach Dave Fullen, and Laura and Abby Fullen.

The club is open 12 hours Mon-Sat day (with shorter hours on Sundays).  In addition to regular club events, like the Friday Night $1 Tournament (just drop in at 7:30p), Spin & Smash also runs sanctioned tournaments such as the upcoming December Open, a 2-star event with $2400 in cash prizes which will be held December 7-9.

The club was selected as the host for the regional Hopes Camp and Tournament in April of 2018.  The Hopes Program is a series of regional, national and international camps and competitions sponsored by the ITTF and USATT that are designed to spark motivation and interest for young athletes.

The club is one where coaching is possible both for the Olympic style of the sport as well as for the “retro” styles of hardbat and sandpaper – and even basement ping pong.  As they say – However You Spin or Smash It — this is the club for you.