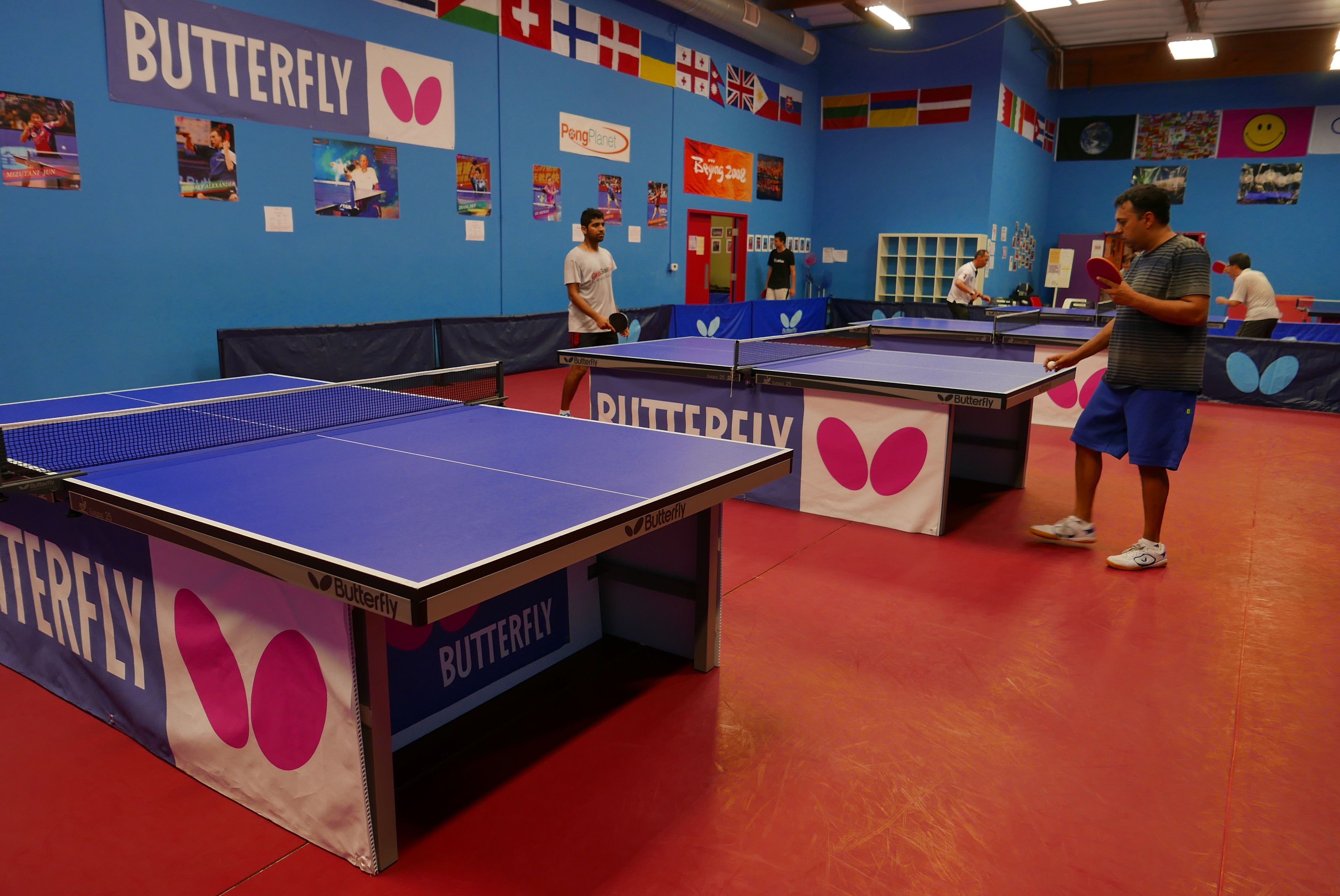 PongPlanet is a full-time table tennis club with a variety of programs for adults and juniors of all levels. The club is located in San Carlos, California, about half way between San Francisco and San Jose, just off the 101 on the West side of bay.

PongPlanet has its roots in the Palo Alto Table Tennis Club which was the premier table tennis club in the Bay Area for decades.  The Palo Alto club helped produce national level talents including Olympians Ariel Hsing and Lily Zhang. In 2012, the Palo Alto club moved to San Carlos and transitioned into being a full-time club.  At the same time, the club changed its name and introducing PongPlanet.

The facility is 9600 square feet with professional quality tables and flooring and lighting.  There are 18-foot ceilings, barrier-enclosed courts, and air-conditioning.  There are also two private party rental rooms, a Pro Shop, free parking and free Wi-Fi. The club also features great coaches with a proven track record. James Guo Xi is the Founder/Director and also a coach.  The coaching team also includes Mamtii Soudagar, Daniel Kim, and Amy Yang.

PongPlanet programs are designed to ensure a constant progression for both competitive and recreational players.  There are leagues, tournaments, and open play hours.  This is an ideal location for serious players, fitness enthusiasts, serious players, and also for those that just enjoy the social aspects of the sport.  The private coaching lessons and available robot can help all those who wish to improve.  And for those who are interested in fun, PongPlanet can facilitate birthday parties, camps, and corporate events that are ping pong themed.