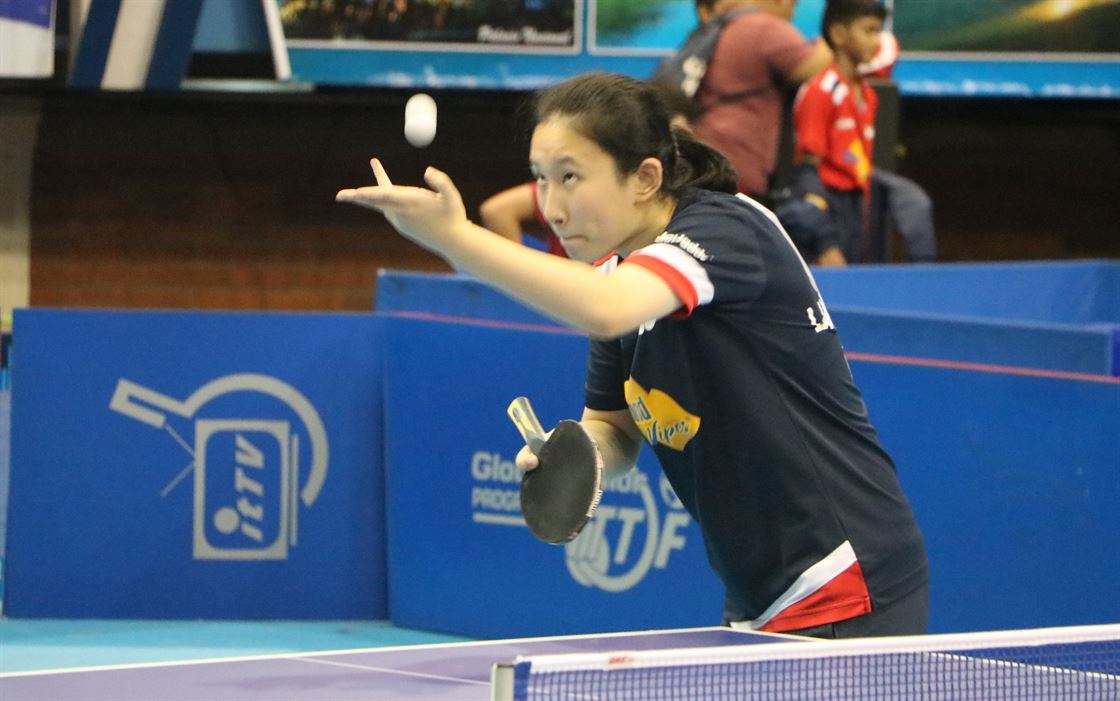 (By Steve Hopkins/Photo by ITTF)

The Junior Boys Singles title went to USA’s Jayden Zhou who defeated Puerto Rico’s Matias Pedraza 4-1.  Americans Kai Zarehbin, Nandan Naresh, and Sid Naresh each won at least one match but all fell in earlier rounds.  The Junior Girls Singles title went to Guatemala’s Lucia Cordero.  Americans Linda Shu and Nicole Deng each advanced to the Quarterfinals before being eliminated.

USA’s team of Sid Naresh and Jayden Zhou won the Junior Boy’s Doubles event with a 3-0 win over the Ecuadorian team of Lecaro/Robalino.  The Semifinalists were Canada’s team of Edison Huang/Terence Yeung and Americans Nandan Nareth/Ved Sheth.  The Junior Girls’ Doubles title went to Guatemalans Lucia Cordero and Hidalynn Zapata.  The Junior Boy’s Teams title went to Canada (Terence Yeung and Edison Huang) and the Junior Girls Teams title ensured a sweep by the Guatemalans with Hidalynn Zapata and Lucia Cordero again teaming up for the win.

The Cadet Boys Singles event was dominated by the Americans with four of five entrants reaching the Semifinals.  The five players were Aziz Zarehbin (who fell to Canada’s Mandelstam in the Round of 16), Sid Naresh (who fell to Zhou in the Semis), Nandan Naresh (who fell to Sheth in the Semis) and Finalists Jayden Zhou and Ved Sheth.  The title went to Jayden Zhou 3-1.  The Cadet Girls Singles event was dominated by the Americans.  Both participants reached the Final.  It was USA’s Nicole Deng over USA’s Linda Shu 3-0 for the title.

Out of the 14 events, TeamUSA finished first in 7.  A great showing for a strong group of future stars.