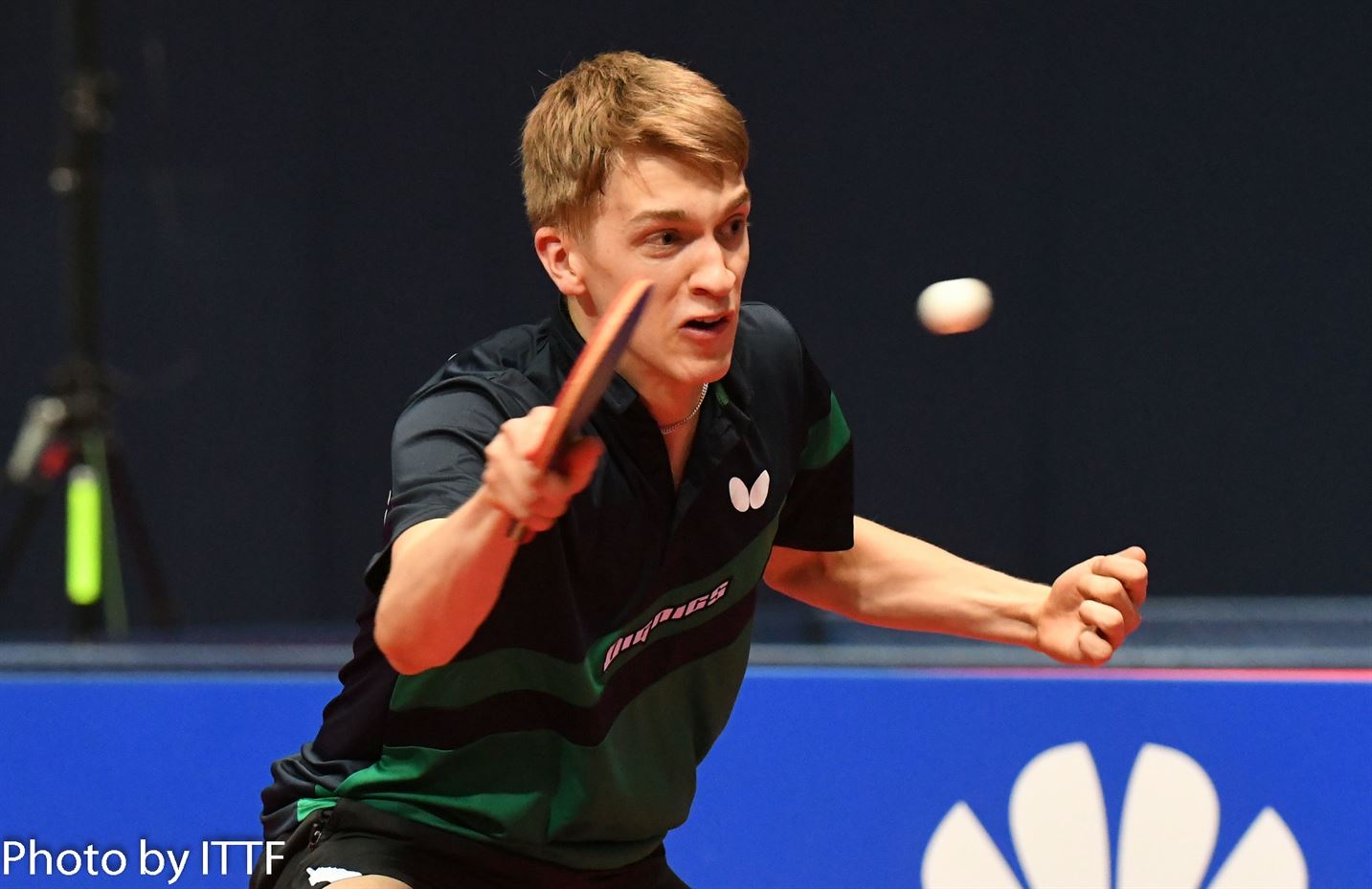 Borussia Dusseldorf swept past Werder Bremen today 3-0 to extend their record in the German League to 10-0.  They’ve been so dominant to this point that they have won 30 of the 35 individual matches and have only needed to extend beyond the singles into doubles on one occasion.  Today’s match saw Anton Kallberg top Marcelo Aguirre 3-0, Kristian Karlsson top Kirill Gerassimenko 3-0, and then Dan Qiu sealed the win for Dusseldorf with a strong 3-1 win over World No. 1 Mattias Falck.

The second place Liebherr Ochsenhausen team narrowly lost to Grunwettersbach 2-3.  Ochsenhausen played without Simon Gauzy, so their team consisted of Kanak Jha playing two singles matches and anchoring the team, with the two young Polish players Maciej Kubik and Samuel Kulczycki.  Kanak split his matches today, defeating Tobias Rasmussen, but falling to Xi Wang.  Kubik lost to Xi Wang as well, but Kulczycki’s win over Ricardo Walther sent the match to doubles.  The Grunwettersback squad of Walther/Rasmussen then defeated the Ochsenhausen team of Kulczycki/Kubic 3-0.  Ochsenhausen does not fall in the standings because third place Saarbrucken fell to Schwalbe Bergneustadt.

All three of these teams are well on their way to the League’s Final Four.  The Fourth team will be more interesting, as three teams are currently tied at 6-4.