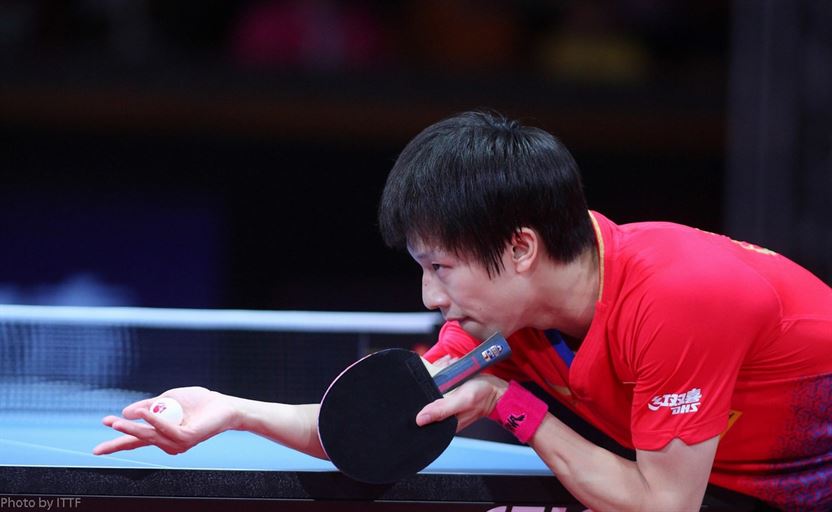 The 2019 ITTF World Tour Swedish Open was held this week in Stockholm.  The first tour event of October brought out some of the world’s best, including four of the top five ranked men in the world  and fourteen of the top fifteen women.

The Swedes did not fare well in the Men’s Singles Event.  All three, Kristian Karlsson, Mattias Falck, and Jon Persson lost their opening match in the draw to a Chinese player.  The top three seeds were all Chinese players (Xu Xin, Fan Zhendong, and Lin Gaoyuan), so the all-Chinese final was not unexpected.  What was unexpected were the upsets.  Fourth seeded Tomokazu Harimoto fell in the Round of 16 by Wang Chuqin.  Chuqin, who had needed 6 games to defeat Kristian Karlsson in the previous round, dominated Harimoto thoroughly – winning 4-0 (5, 4, 10, 4).

Top-seeded Xu Xin was the next to fall.  He lost 4-2 to Liang Jingkun in the Quarterfinals.  Fan Zhendong, the second seed, lasted one round further – he fell 4-2 to Lin Gaoyuan in the Semifinals.  In all, seven Chinese players made it to the Round of 16, six advanced to the Final 8, and all four players in the Semifinals were Chinese.  Many of the highlights of the Semifinals would fit well in a Butterfly ad, as Tenergy rubber and Viscaria blades were featured prominently in both matches.

Nineteen-year-old Wang Chuqin was the story of the tournament.  After defeating Harimoto 4-0, Chuqin went on to defeat Zhao Zihao 4-0, and Liang Jinkun 4-0, and he then topped it off by defeating Lin Gaoyuan 4-0 in the finals.  Or to say that differently, Chuqin finished this tournament by defeating World No. 5, No. 64, No. 8, and No. 4 in a row without dropping a game.  Butterfly player Lin Gaoyuan had solid results as well, defeating Franziska, Ovtcharov, and Fan on his way to the Finals.

In Women’s singles, the top six seeds were all Chinese.  In the quarterfinals, it was seven Chinese players and Japan’s Mima Ito.  From that point forward, the seventh seeded Ito was the biggest story of the tournament as she upset Wang Manyu 4-1, and Sun Yingsha 4-2 to earn her spot in the finals.  Ito faced the World No. 1 and top seed Chen Meng.  Ito jumped out to an early lead by winning the first game.  Chen answered in the second game to even the score.  Ito then won two games in a row to go up 3-1, but Chen outlasted her opponent to take the final three games and to secure the title.  Chen over Ito 4-3 (-8, 6, -7, -10, 8, 9, 5).