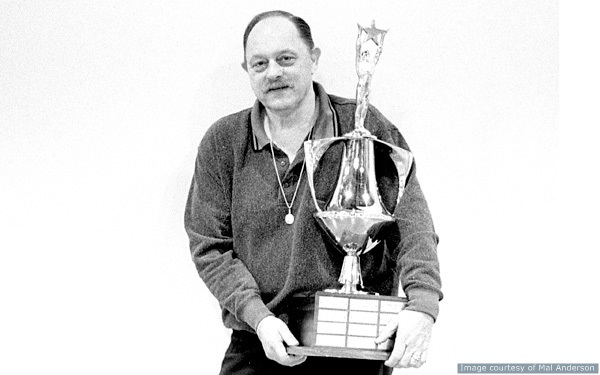 As I have been collecting stories from Hall of Fame members, players, and personalities in the sport, I recently had opportunity to converse with Hall of Fame Member, Steve Isaacson.  I will be sharing some of his many stories in a series of articles over the next few weeks.  This article will focus on Steve’s “Baby” – the United States Table Tennis Hall of Fame.

When asked about the highlight of 70 years contributing to this sport, Isaacson skips over the hundred or so tournaments he won and jumps straight to the creation of the Hall of Fame as his biggest highlight.  Here is the story in Steve Isaacson’s own words:

“And since there is no question that the highlight of my table tennis career was not the hundred or so tournaments I won over the years, but the one table tennis institution for which I am absolutely responsible — The United States Hall of Fame.

Late in 1965, I was the table tennis Editor of the newly created “tennis” magazine, a publication that is still available at every bookstore and large newsstand… and as such I was responsible each month for a full page of table tennis news.  One morning, I experienced an epiphany… not unlike the light bulb that goes on over the head of Dagwood Bumstead when he gets an idea! How about a table tennis Hall of Fame?!?  If “babe” Rush and Ty Cobb could be immortalized as well as Bronco Nagurski and Jim Thorpe and “Babe” Didrikson Zaharias, why shouldn’t our table tennis heroes?  I presented this idea to Asher Birnbaum, the brilliant owner and publisher of “Tennis”, and he gave me an enthusiastic “Go!!”, and allowed me an additional page in the magazine for the next two or three months.

Next I phoned Richard Feuerstein, the then President of the U.S.T.T.A. Board of Directors and discussed my thoughts with him for well over an hour.  He was absolutely thrilled with my idea and promised to phone each of the other members of the Board of Directors to get their input.  Within a few days, he called me back and said that I had a unanimous “Go!!”  We agreed that I would personally select a small group of nominees, from which the Board would choose “some” to become the inaugural inductees.

After much thoughts and a little advice from John Read and Tim Boggan, I chose a group of seven players:

I immediately forwarded those names to Mr. Feuerstein, and after a few more days he sent me the “Final Five”, selected by the E.C.  They were Miles, Schiff, McClure, Aarons, and Neuberger.  The exclusion of my close friend Sally Green Prouty (5 times in a row US Women’s Champion) and Lou Pagliaro (4 times US Open Champion and Word Singles Semi-finalist) was a very clever decision by the E.C, one that I had not considered.  As you might notice, all five of the original inductees had won one or more World Championships, while neither Sally nor Lou had.

Okay, everything is in order.  I’ve actually done it.  I have created a Hall of Fame all by myself.  Eureka !

My next call was to Graham Steenhoven, a former President of the USTTA who would, in five years’ time, lead the U.S. table tennis team to China and the world-famous Ping Pong Diplomacy.  At the time, he was a Vice President, and of course, one of those members of the E.C. who voted unanimously in favor of the new Hall of Fame.

Looking forward, I noticed that the 1966 US Open was to be held in just a few weeks, in March at Detroit’s mammoth Cobo Hall, and Mr. Steenhoven was personally and completely in charge.  After a few calls, Mr. Steenhoven and I agreed that I could have 20 minutes on the microphone immediately after the Women’s Singles Final Sunday evening, just before the Men’s Singles Final, in order to announce the creation of the Hall of Fame and to introduce the first inductees.

I contacted each of the five inaugural inductees and was informed by all except Ruth Aarons that they were incredibly honored and would be there.  Ms. Aarons, who had virtually disappeared from table tennis after she was cheated out of the 1937 World Championship, politely declined.

Mr. Birnbaum arranged for me to go to  Detroit with a photographer from Tennis Magazine, and, of course paid for our plan fares and our hotel rooms.  I contacted the Detroit News and Detroit Free Press and was assured by both that they would cover not only the Hall of Fame, but the entire US Open and asked me to help them at the tournament.

When I arrived in Detroit, I met with Mr. Steenhoven several times prior to the Sunday Finals and introduced him to the photographer from “Tennis” Magazine.  Of course, Mr. Steenhoven made himself available for several photographs.

Let’s skip ahead to Sunday evening.  Lots of spectators.  A general feeling of excitement.

Steenhoven takes the microphone to announce my soon-to-be-immortal presentation and uttered these almost incomprehensible words: “Ladies and Gentlemen, please take your seats for the Men’s Singles Championship of the United States – Bernie Bukiet versus Dan Pecora”

What?  What??!?  I was dumbstruck.  I rushed up to Steenhoven and shouted, “What about the Hall of Fame Ceremony?”  His incredible reply was “We’re running late, and I don’t have time for this bullshit.”

I immediately staggered to the nearest men’s room at threw up…  three times.