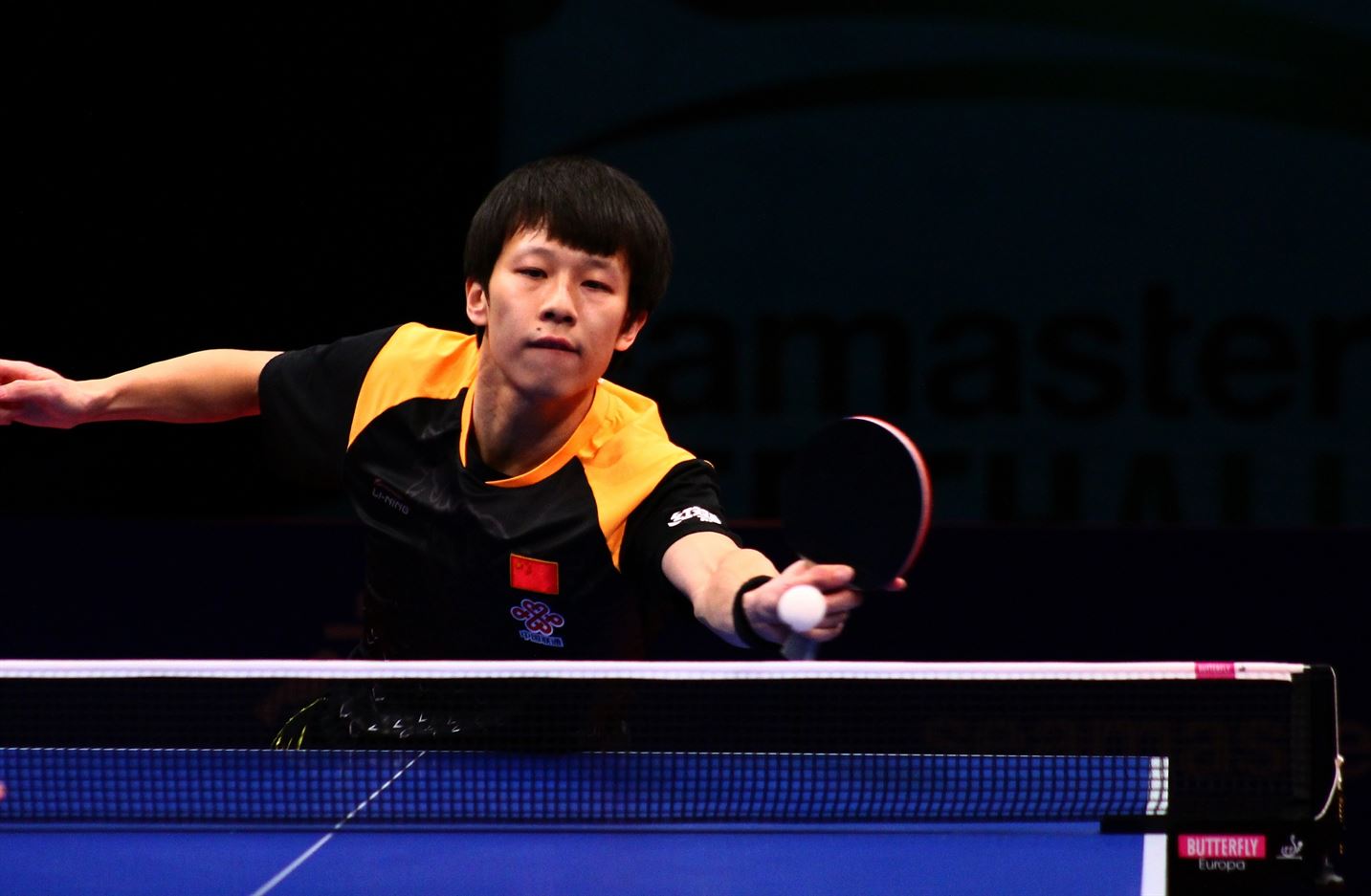 (by Steve Hopkins / Photo by ITTF)

The Seamaster 2019 ITTF Challenge Plus Portugal Open concluded on Sunday.  It’s the second major tour event of the year and while it did not draw many of the World’s Top 10, the competitive field did include World No. 4 Lin Gaoyuan, World No. 16 Liang Jingkun, World No. 20 Vladimir Samsonov, and World No. 21 Jonathan Groth as the top four seeds.  This Challenge event also included many of the best U-21 players in the world, so the men’s draw also included some great matches between veteran stars and future stars.

The men’s event concluded much as expected, with the top two seeds battling in the final (though with the top seeded Gaoyuan falling to his second seeded teammate Jingkun).  Samsonov also finished as expected with easy wins on his way to the semifinals before a 4-2 loss to Gaoyuan.  Groth was the only one of the top seeds to fall early, losing his opening match to Japan’s Shunsuke Togami.   In fact, Shunsuke Togami is a part of the youth movement that flexed its muscles at this event.

Shunsuke Togami made waves last Fall when the seventeen-year-old downed World No 42 Kou Lei at the Belarus Open.  But he has been a known player in the junior circuits for several years logging Cadet and Junior championships at ITTF events in recent years.  This year, he appears ready to take the next step forward as he won this U-21 ITTF Challenge event in Portugal.  Shunsuke, a Butterfly player playing with the Zhang Jike ZLC blade and Tenergy 05, entered the event as the World’s No. 29 U-21 player.  His path to the final included wins over the No. 7 and No. 6 U-21 players in the world – and culminated with a 3-0 win over China’s Ziang Peng.

To illustrate both the potential and inconsistency of these young players, note that in the Men’s event Shunsuke defeated the second seed in their opening match and then lost to another junior player, China’s Liu Yebo.  And Xiang Peng, who had made the final in the U-21 event by defeating Yebo, did not win in the Men’s event at all (falling to Omar Assar of Egypt).  Yebo, however, may have been the biggest story of the Men’s event.  Liu Yebo defeated the U-21 champion Shunsuke, then Hunor Szocs, then Yukia Uda – advancing all the way to the semifinals before losing 4-3 to Liang Jingkun.  In fact, Yebo held a 3-1 lead over Jingkun before losing the final three games.  In the end, Liu Yebo, an 18 year old who has never been above 400 in the world rankings was a semifinalist in both the U-21 Challenge event and in the Men’s event.

In the finals, the players were of visible contrast.  Jingkun is large and strong and takes big cuts (almost wild swings at the ball sometimes) with little use of his elbow his full arm and body add to the forehand power.  Gaoyuan, on the other hand, takes safer swings but generates great power with tight technique.  He moves the ball from corner to corner and strikes many winners with counter attacks to Gaoyuan’s middle.  In the first game, Gaoyuan started dominant, up 5-1 and eventually closed out the game 11-6.  Jingkun began the second game with a clear intent to deliver more aggressive backhands. He began nearly every point by stepping around and once he started the topspin with his aggressive backhand it was hard swing after hard swing – especially dominating with the forehand.  The players traded points throughout the second game – and towards the end the tactics were similar on both sides of the court:  aggressive topspin backhands deep followed by all-out attacks.  After being tied 10-10, Jingkun closed out the game with consecutive over the table backhand winners to win the second game 12-10.

That close outcome was repeated in the third game, with Jingkun winning 14-12.  From there, he dominated the remaining two games for the 4-1 win.  Jingkun, who currently stands at No. 16 in the World is now set to climb the rankings further (he was No. 80 just one year ago).  Gaoyuan won’t be pleased with the results, but this is a strong start to his 2019 as well.   There have only been two major ITTF events in 2019 thus far, and at age 23 Gaoyuan has been a finalist in both.

In the Women’s event, it was Japan versus China in 3 of the 4 quarterfinal matches, and it was Japan versus China in both of the semifinal matches.  However, both matches went to the lower ranked player, leaving an all-Japan final.  Hina Hayata then thrilled the crowd with a 4-3 win over Honoka Hashimoto.  Hashimoto plays a classic chopping defensive style moving away from the table, and Hayata powered her way through the final game for the victory.  The U-21 Women’s Challenge event went to China’s Fan Siqi over Romania’s Adina Diaconu 3-2.