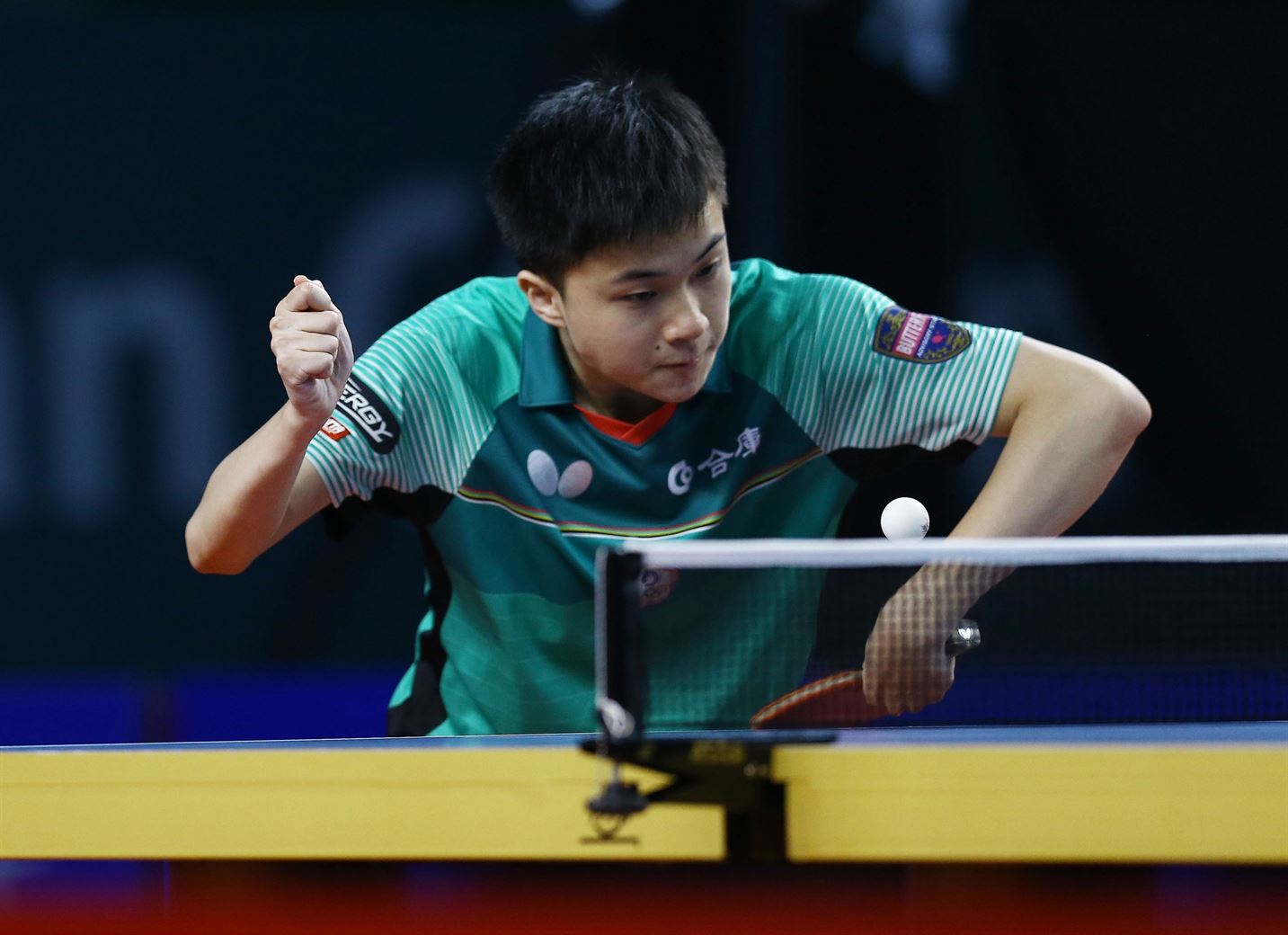 The Seamaster 2019 ITTF Challenge Plus Oman Open concluded today in the Sultan Qaboos Sports Complex in Muscat, Oman.   Oman did not attract the most elite players in the world, but it did bring a competitive field including 11 players ranked in the Top 50 in the current ITTF Rankings.  The headliner was Sweden’s Mattias Falck (World No. 13) who was the top seed.  Two Taipei players were seeded second and third (Chuang and Lin), and India’s top two players made the trek across the Arabian sea for the event as well – with Gnanasekaran seeded 4th and Kamal seeded fifth.

This event proceeded almost as predicted through the Round of 16.  All of the top 10 seeds (and all 11 players ranked in the Top 50) made it to through to that round.  USA’s Kanak Jha basically finished where he was seeded (10th), with a 4-0 loss to second seeded Chih-Yuan Chuang in the round of 16.  Tomislav Pucar of Croatia managed both of the upsets from that point forward – defeating India’s Sharath Kamal Achanta 4-1, and then defeating second seeded Chuang 4-3 to reach the semifinals.
Taipei’s Lin Yun-Ju final ended Pucar’s run in the Semifinal (4-3).  In the other Semifinal, Falck defeated Gnanasekaran 4-3.  The final also provided a slight upset, with third seeded Lin Yun-Ju defeating Mattias Falck 4-2 to claim the title.