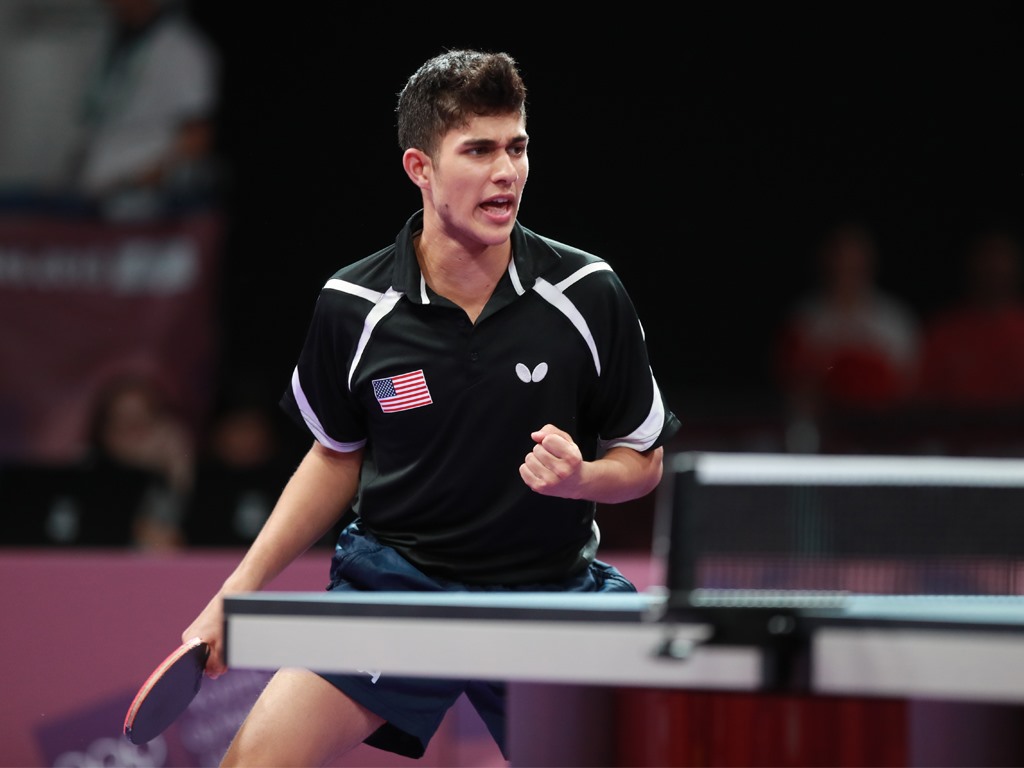 With nine of the World’s top 10 ranked men,  this week’s Singapore Smash is the featured event in the first Quarter of 2022. After this morning’s opening round, three of those top seeds are out.

USA’s Kanak Jha lost the first game to Japan’s Tomokazu Harimoto, but then won two games 11-9, 11-9 to take the lead.  Up 2-1, Jha then turned found yet another gear – dominating the final game 11-3 to cruise to a 3-1 first round victory.  Jha now takes over Harimoto’s  position in the draw – which steers clear of the other highest seeds in the event until the round of 16, but in an event with this many top players every match will be tough.  Next up for Kanak is Anton Kallberg (the top scoring player in the 2022 German League).

World No. 3 Hugo Calderano also fell in his opening match.  Calderano lost a tight 3-2 match to Joao Geraldo of Portugal.  Geraldo wasn’t seeded into the main draw, he had to beat Marcos Madrid and Amir Hossein Hodaei in qualifiers just to reach the draw.  Another upset today was also pulled off by a qualifier.  Lim Jonghoon of Korea also played in the qualiiers last week in order to reach the draw – just todraw World No. 9 Lin Gaoyuan as his opponent in the first round.  But, like Geraldo, World No. 50 Lim made the most of his opportunity pulling off third major upset of the day.  Lim was dominant early and never let up – a 3-0 win at 6, 9, and 6.

Here are a few other matches of note.  Wong Chun Ting upset Jang Woojin.  Jonathan Groth easily eliminated China’s dangerous but inconsistent Xiang Peng.  Liang Jingkun topped Simon Zauzy 3-1.  Timo Boll needed all five games to get past Gustavo Tsuboi.  Truls Moregard won his opening round 3-1, but with the loss of Calderano Truls now has a winnable draw all the way to the Round of 16.

Lots of action on tap for the weekend – and more daily all week long.