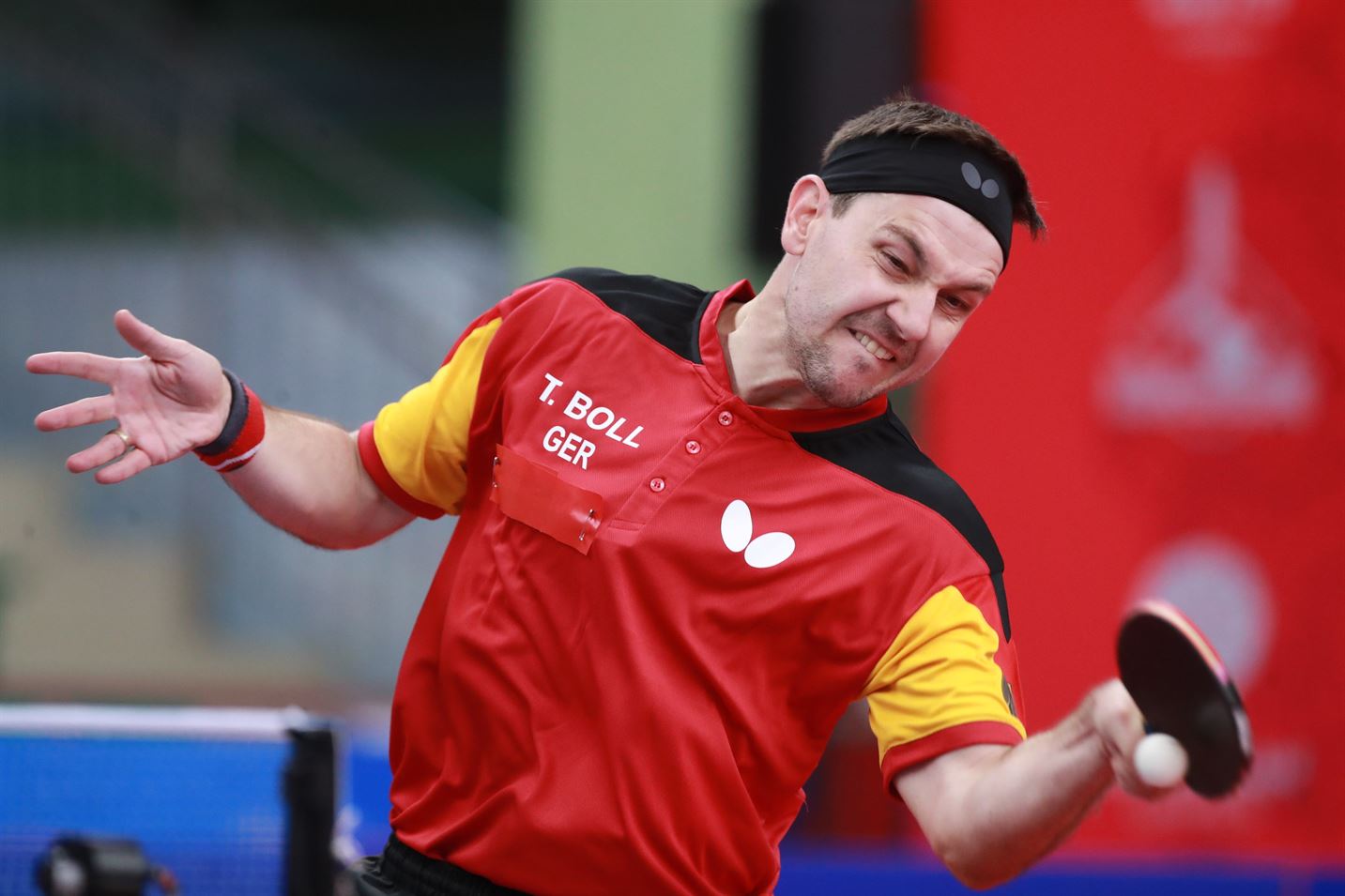 With seven days of competitive matches across singles, doubles, and team events, a lot of action has already concluded at the 2019 European Games in Minsk.   Men’s and Women’s Singles concluded on Wednesday, and Mixed Doubles concluded on Tuesday.

The featured Men’s and Women’s Team events are underway and will finish on Saturday.

In Men’s Singles, Timo Boll entered as the top seed and was never pressed (with wins of 4-1, 4-0, 4-1, 4-1, and a title-sealing win of 4-2 in the final).  Other top seeds fell early, with Pitchford falling to Gionis in the third round, Falck falling to Shibaev in the third round, and Ovtcharov falling to Groth in the fourth round.  Ultimately it was down to Boll, Pucar, Groth, and Kou in the semis.  Boll overcame Groth in the final, and Pucar won the Bronze medal match to claim third.

In Women’s Singles, it was Yu Fu of Portugal who finished first, Han Ying of Germany who took second, and Ni Xia Lian of Luxembourg who finished third.  The biggest surprise here was Ni who upset the top seed, Bernadette Szocs in the fourth round 4-3 and has now secured a spot at the Tokyo Olympics at the age of 55 (she will be 57 when the games take place a little over a year from now.

Mixed Doubles went to the Franziska/Solja team from German.  Second went to Ionescu/Szocs from Romania and Lore/Glasnier of France took third.  The Men’s Team final between Germany and Sweden will be played Saturday.  The top two seeds advanced after eliminating the underdogs, as both Portugal and Denmark had advanced by upset.  Germany eliminated Portugal 3-0 and Sweden eliminated Denmark 3-1.  In the Women’s Team event, the final will be between Germany and Romania.  Top seeded Germany fell behind early (down 0-1 and down 1-2), but won the final two matches to seal a 3-1 win over Poland.  Romania gave up a 2-0 early lead over Hungary in their semifinal, but held on to win 3-2.

Check in with ButterflyOnline.com for updates during major tour events.

(By: Bowmar Sports Team) In this Butterfly Training Tips Coach Wang Hui is working on feeding multi-ball to… Read More

(By: Bowmar Sports) In this Butterfly Training Tips, Steve Moreno is using multi-ball to focus on the Forehand Loop… Read More

Coaching Tips of the Week: Don’t Be a Predictable Receiver

(By Larry Hodges) When you receive a serve, you really have three options. You can return the serve passively,… Read More

(by Steve Hopkins) Pleasanton Table Tennis Center is located at the center of Pleasanton, California to the East of… Read More

“I felt my development in the battle against Fan Zhendong.” (Uda) There are several turning points for athletes,… Read More
View All News