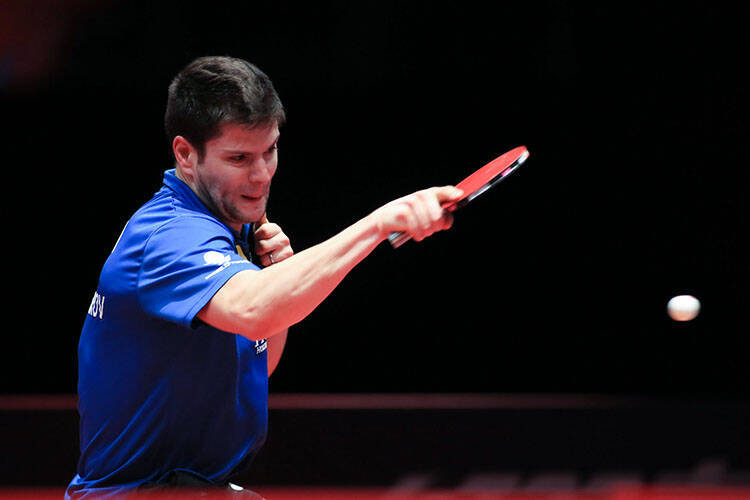 The Dusseldorf Masters series is up and running again.  Two events have already taken place with Sweden’s Anton Kallberg topping Egypt’s Omar Assar (both Butterfly Players) in last week’s final.  This week, it was Dimitrij Ovtcharov over Benedikt Duda in the Final.

In the first installment, Assar and Kallberg were the top two seeds and they both cruised through the draw pretty easily.  Kallberg’s 3-1 finals win was a slight upset.  Quarterfinalists were Benno Oehme and Cedric Meissner – two young German players (Oehme was with Rhon-Sprudel last year, and Messner was with Mainz).  Interestingly, both players are moving to Bad Homburg in the upcoming season.

In the second installment, Ovtcharov was the top seed, and he cruised through the draw easily.  Duda was seeded fourth, and could have had a difficult run to the final except that second-seeded Liam Pitchford lost to Cedric Meissner and third-seeded Kristian Karlsson fell to Benno Oehme.  Ovtcharov topped Duda easily in the final 3-0 (that was an easier win than the 3-1 win over Meissner in the Semifinal).  And for a second week in a row, it was the two young German players who made it to the Semifinals – with Oehme and Meissner both accumulating 20 points for finishing in the Top 4.

The Dusseldorf Masters is a series and points accumulate.  Many of the top players don’t (or can’t) play every week, so consistency matters – which is why Dang Qiu won the first Dusseldorf Masters Series (he consistently finished in the top 4 through the whole series).  The point total after the first two weeks puts the two winners on top (as each accumulated 50 points for the win).  A Finalist (loser) receives 30 points, and a Semifinalist receives 20 points.