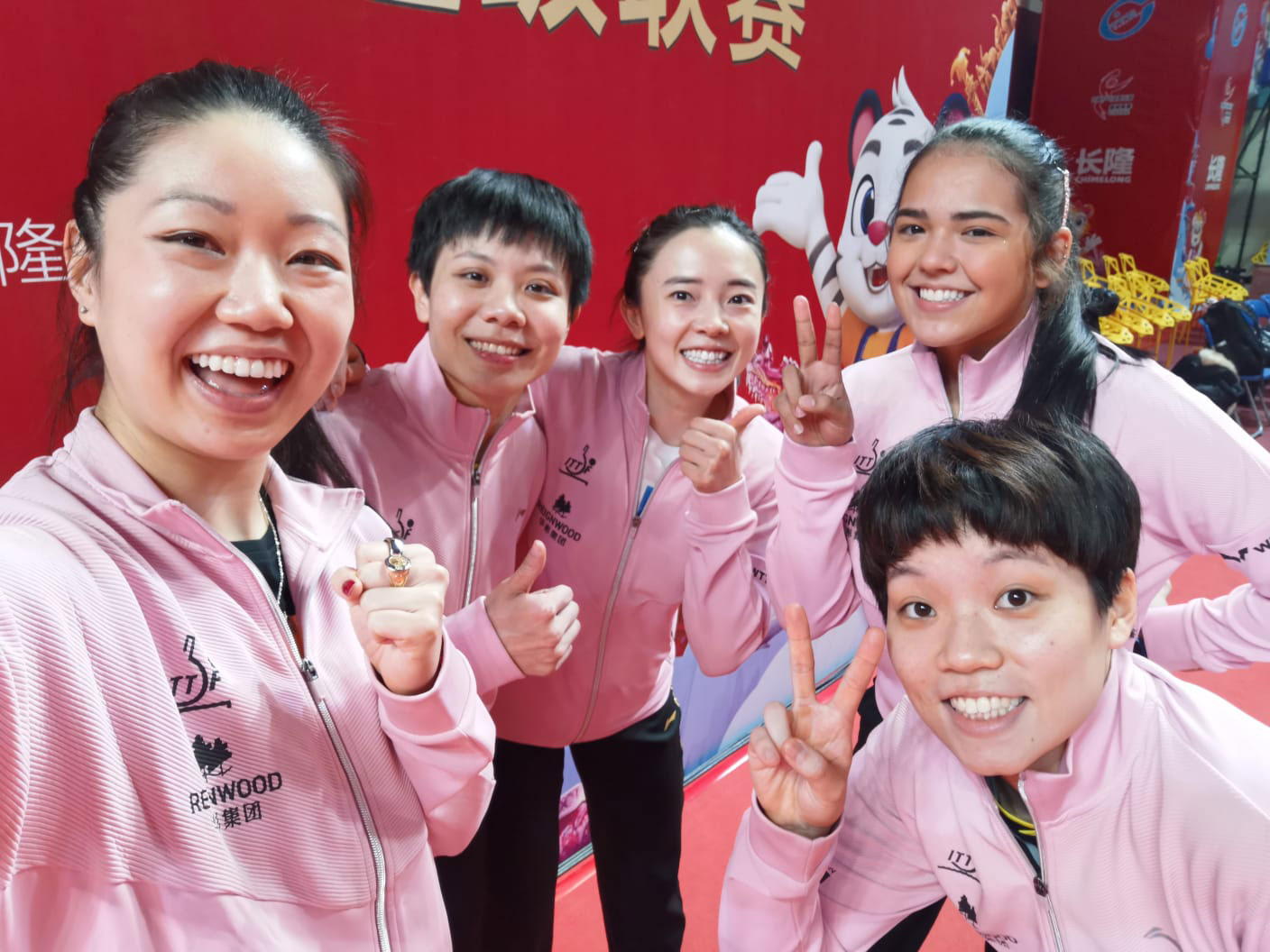 The Chinese Super League has a new team, the ITTF World Professionals, which includes USA’s Lily Zhang, Puerto Rico’s Adriana Diaz, Jeon Jihee, Doo Hoi Kem, and Cheng I-Ching.  They are three matches into a condensed bubble season (to run from December 21 through December 29) and are currently 2-1 after their first three matches.

The “World Pros” had a tough opening round, taking on the top seeded Shenzhen University team anchored by Wang Yidi, Sun Yingsha, and Chen Meng.  Shenzhen won 3-0 with a doubles win (Yidi/Yingsha over I-Ching/Diaz), Chen Meng over Lily Zhang, and Sun Yingsha over Adriana Diaz.

The team’s second match was their first win – a 3-1 win over Heilongjiang Huaxin Yonggang.  The ITTF World Professionals’ doubles team of Doo Hoi Kem and Jeon Jihee won the opening match.  Heilongjiang’s Sun Mingyang defeated Cheng I-Ching to even the score 1-1.  But Jeon Jihee put the World Pros up 2-1 with her win over Kuai Man and Cheng I-Ching then put the match away with a win over Qi Fei.

The team’s third match was also a win – this time a 3-0 dominating performance against Shanxi Datuhe.  The World Pros again began with a doubles win by Jihee/Kem.  Adriana Diaz won her singles match over Che Xiaoxi.  Jeon Jihee then closed out the win with a 3-1 win over Wang Xiaotong.