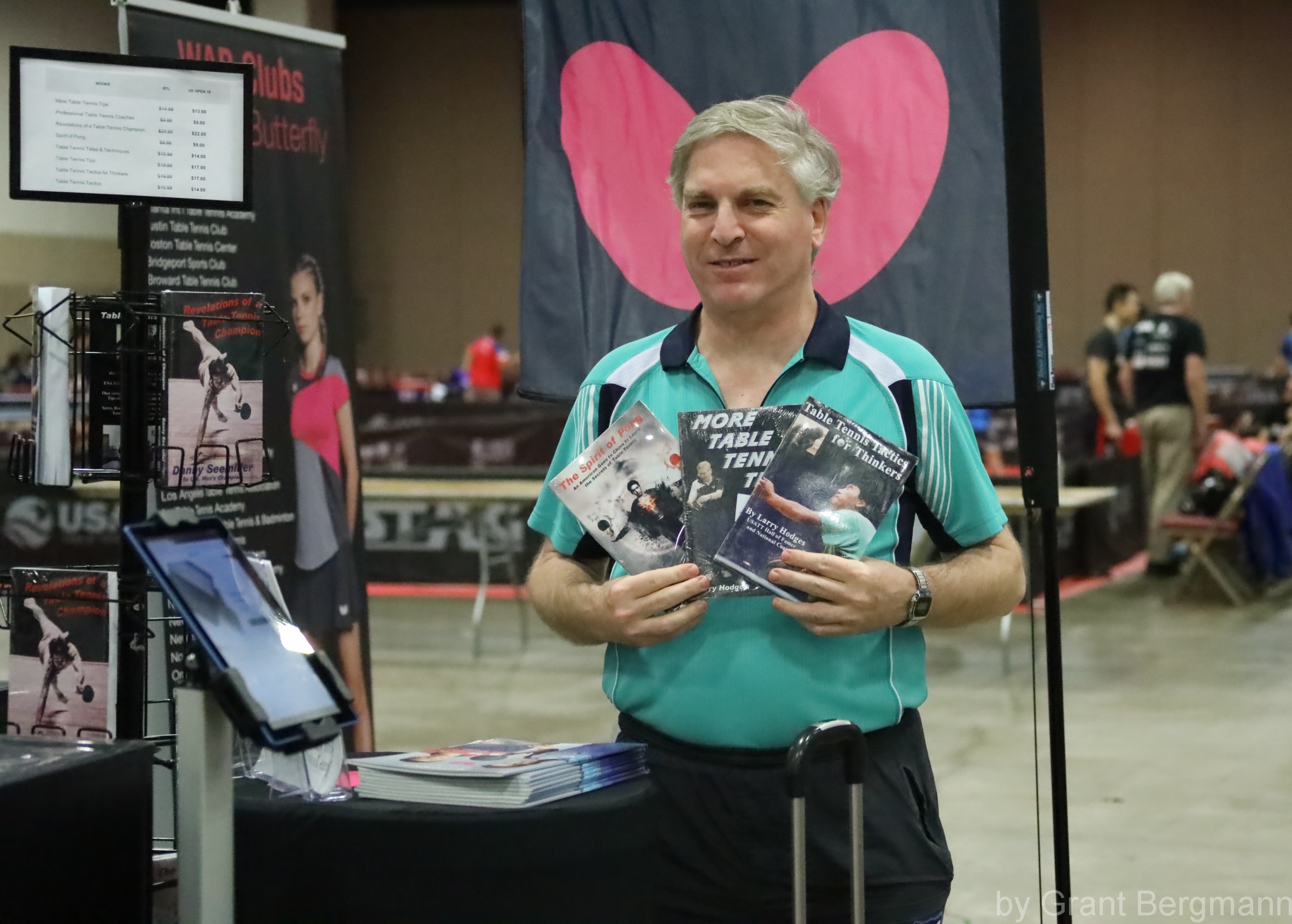 Coaching Tips of the Week: Playing the Middle Doubles the Opponent’s Difficulties

Assuming you want to be an advanced player, you will learn to attack the middle. The middle is not the middle of the table – it’s the mid-point between the opponent’s backhand and forehand, the transition point where he has to decide whether to play forehand or backhand, and then move to do one or the other. (You usually go there when attacking, but sometimes even a push to the middle is effective.) Covering the middle is generally the most awkward shot in table tennis, where you have to make a snap decision (forehand or backhand?), make an often awkward move to get into position, and then, after hitting the ball, try to get back into position before the opponent exploits the corner you moved away from.

But it’s worse than that. If you play the corners, the opponent has only two options – move left or move right. Even in a fast rally, many opponents can cover those shots consistently. If you also play the middle, some think it means the opponent now has three things to cover. WRONG! They now have FOUR things to cover: the two corners, the forehand from the middle, and the backhand from the middle. It doubles the number of shots they have to prepare for. Worse, while going to the forehand or backhand is an easy decision if the ball is going to the forehand or backhand, covering the middle means that awkward split second while you decide what to do. So the opponent not only has twice as many things to cover, he has to make that split-second decision that he didn’t need to make if you only play the corners.

So, do you want to make things easy for your opponent? Keep going for the wide corners, and you’ll do well. You’ll just never be as good as you could be.

(By Larry Hodges) One of the biggest differences between forehand and backhand looping is that, for the forehand,… Read More

For owners of models other than Prime

The Google Sheets image takes you to a spreadsheet that gives the settings for each drill. While these won’t be the exact settings for the Control Panel on your robot, they will give you an idea of where to start, and you’ll need to adjust from there. At the bottom, we’ve included the range and defaults for the setting on a Prime so you can compare these to the ranges and defaults on your own robot. In general, default settings should give you a similar ball regardless of what model you have.

Amicus Prime owners, save these drills to your device via the following steps: