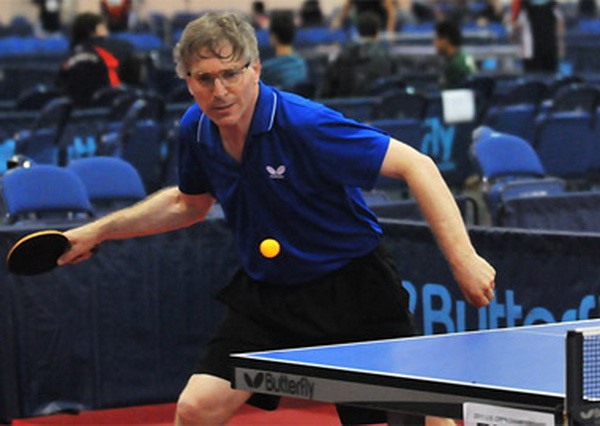 Coaching Tip of the Week: Three Spots or Two?

Coaching Tip of the Week: Three Spots or Two?

When a coach refers to “playing the three spots,” he’s referring to playing both wide angles, and the middle. (The middle is not the middle of the table; it’s the mid-point between the opponent’s forehand and backhand, usually around his playing elbow.)

In any match, you should be playing all three of these spots. The only question is how often to go to each spot, and what types of shots to each. For example, a weak ball to the middle makes it easy for the opponent to set up his best shot (such as a big forehand or backhand loop), and so going to the middle is mostly effective when you attack it. Against a player with a big forehand, you’d only go to the forehand when the opponent is out of position or to draw him out of position. And so on.

But many players are what I call “two-spot” players – players where you mostly want to focus on two spots. For example, against a player with a big forehand but a weaker backhand, you might want to pin them down on the backhand by attacking that side. But if you only go to one spot, then the opponent’s weaker side might just get warmed up and won’t be so weak. So it’d be better to go to the backhand and middle (perhaps a touch to the backhand side, to avoid that big forehand), and force the opponent to move side to side with his weaker backhand.

If you play a player with the Seemiller grip or convention penhold – these players use only one side of their racket – they often have less middle weakness, and so you might focus on going to the wide corners. (This is almost always true against a Seemiller player. Some conventional penholders can be weak in the middle.)

So try to find out in matches what type of an opponent you are facing, one where you want to go regularly to all three spots, or focus on two.