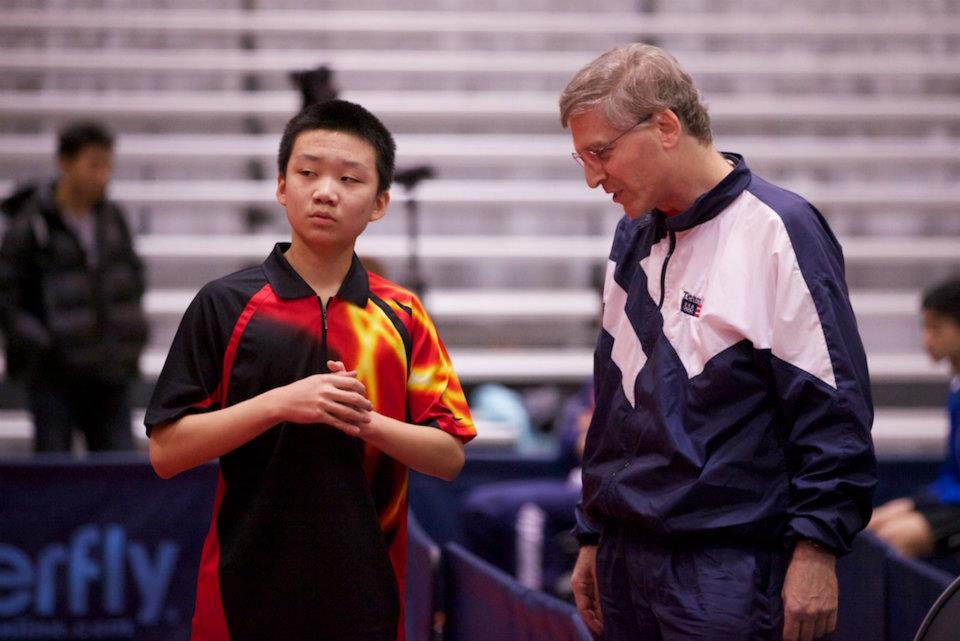 When players loop to the forehand, almost invariably it is returned crosscourt, at least until you reach the higher levels. This can be effective, since it does give a wide angle to the forehand, and about 15.5 more inches going crosscourt then down the line. But it is so common that players are used to this – but they are often absolutely frozen by an unexpected down-the-line return, whether it’s a block, or (at higher levels) a counter-loop.

Forehand blocking down the line is not a hard shot to do, it’s just one that many players do not bother learning it, partly because they warm up crosscourt so much, and because, deep down, they are trying to play it safe, and go where there’s more room and where they are most used to doing it. Instead, when forehand blocking, learn to drop your wrist back so you can angle your block down the line, using your opponent’s speed and spin to rebound it back (as with all blocks). When counterlooping, take the ball a little later so you can line up down the line without tilting your wrist back, or intentionally tilt the wrist back and take it inside-out (with contact on the side of the ball nearer you), and learn to go down the line. In both cases, to learn it you have to practice it. Have someone loop down the line to your forehand so you can work on your blocking, or counterloop with someone down that line. And then, in games, watch the awkward returns (or non-returns) of your opponents!