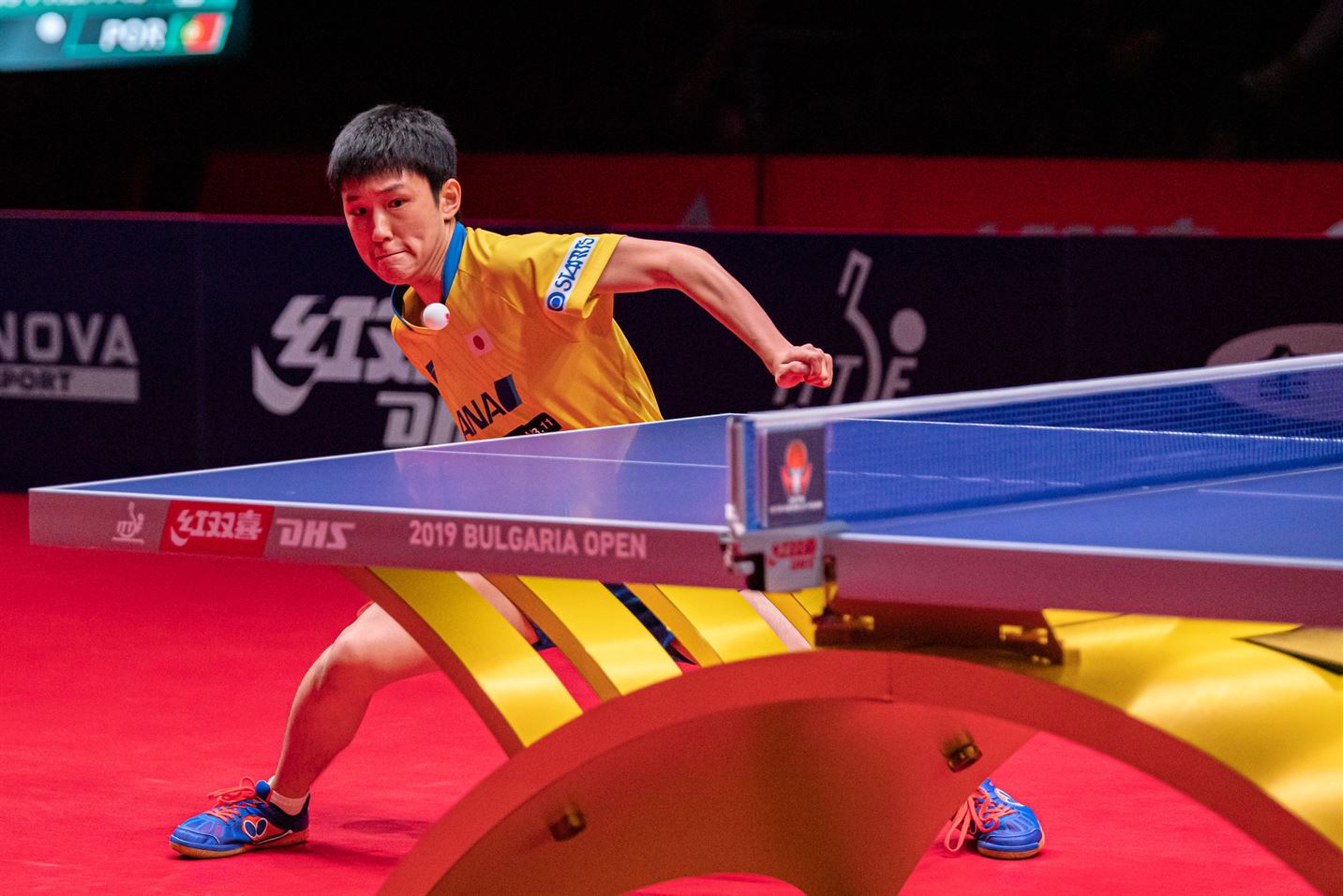 The 2019 ITTF World Tour, ASAREL Bulgaria Open was played this week in Panagyurishte.  This was a good week for Butterfly player Tomokazu Harimoto.  Japan’s 16-year-old phenom entered the tournament as the top seed and did not disappoint.  He spread out three lost games over the four matches leading to the Final.  And he never trailed in the Final on the way to a 4-2 win over China’s Zhao Zihao.  Harimoto finished 2018 by winning the World Tour Grand Finals, but this tournament in Bulgaria is his first tour win of 2019 (in 9 events).

Among the biggest stories was the performance of Zhao Zihao.  The Chinese team did not participate in Bulgaria, providing four younger players a chance to compete.  About a year ago, Zhao played in the Challenge Series event in Belarus and won both the Open and U21 events.  Its easy to lose track of new Chinese players because of all of the headliners on the Chinese team – but since Belarus last November, Zhao has played five tournaments and his World Ranking has risen to No. 110.  He made the most of his opportunity in this event, with a run to the Final that included wins over Simon Gauzy (4-2), Darko Jorgic (4-2), Dimitrij Ovtcharov (4-2), and Quadri Aruna (4-1).

Quadri Aruna was one of Zhao’s victims, losing in the Quarterfinals.  But Aruna’s results to that point were solid.  He defeated China’s Ma Te (4-3), upset Taipei’s Wong Chun Ting (4-3), and upset Japan’s Jun Mizutani 4-3.  The other Semifinalist was Marcos Freitas who advanced with an upset over Koki Niwa 4-0 before beating Tomislav Pucar (4-0) and Chuang Chih-Yuan (4-3).

The top three seeds in the Women’s Singles event were all Japanese (Ishikawa, Ito, and Hirano).  The top five in the World Rankings are all Chinese players currently – and because the ranking system benefits appearances, the second tier of players for a given country are often under-rated.  This does appear to be the case for the Chinese players who made the trip to Bulgaria this week.  Each of the top three Japanese seeds lost in an upset to a Chinese player, and the Final was an all-Chinese affair.