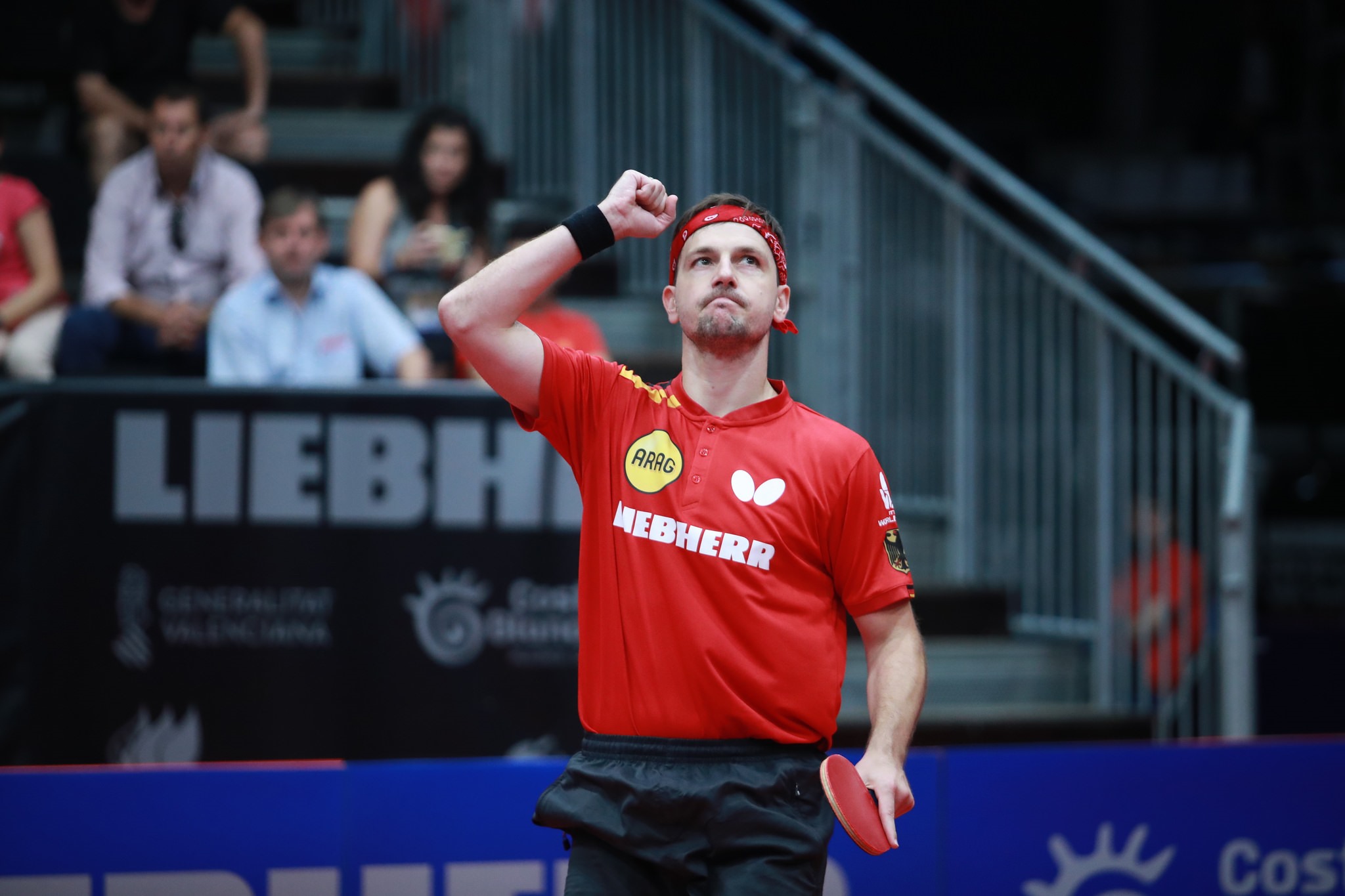 Borussia Dusseldorf was the top seed having dominated the regular season with only one loss.  The team played today with Timo Boll, Anton Kallberg, and Kristian Karlsson as their three singles players.  Boll anchored the team winning twice in each of his team’s wins.  Boll’s teammates both split their matches with Kallberg winning his match against Grunwettersbach but losing against Ochsenhausen, and Karlsson losing in the early match but providing the deciding third win against Ochsenhausen.

Ochsenhausen would have been slightly favored on paper today if going solely by ITTF Ranking.  However, their position in the regular season (second) proved to be a correct assessment of their level.  Hugo Calderano (the top ranked player in the Bundesliga) was 1-3 on the day.  His losses to Benedikt Duda, Kristian Karlsson, and Timo Boll aren’t bad losses – but when you are the highest ranked player, every loss is an upset.  Had Calderano won either of his matches in the Final, then the Ochsenhausen/Dusseldorf match would have progressed to doubles – where Ochsenhausen would have held the advantage.

USA’s Kanak Jha was 0-2 today for Ochsenhausen.  He lost to Benedikt Duda 3-1 and fell to Timo Boll 3-0 (Jha is No. 28, so Duda at No. 39 is a slight upset and the loss to Boll was expected).  Simon Gauzy was Ochsenhausen’s strongest player today going 2-0 in singles and 1-0 in doubles.  Gauzy defeated Stefan Fergerl to put Ochsenhausen ahead in the semifinal, and then teamed with Kulczycki to secure the doubles win and the team victory – and in the Final, Gauzy upset Anton Kallberg 3-2.

As if they need any help, Dang Qiu, one of the top German players is headed to Borussia Dusseldorf.  January is the trading period for the German Bundesliga teams, and some of the names changing teams so far are Dan Qiu to Borussia Dusseldorf, Emanuel Lebesson to Neu Ulm, Deni Kozul to Grunwettersbach, *The German league limits non-European international players active for a given match, so players like Hugo Calderano and Quadri Aruna (both dual citizens with passports from Portugal) are in high demand.