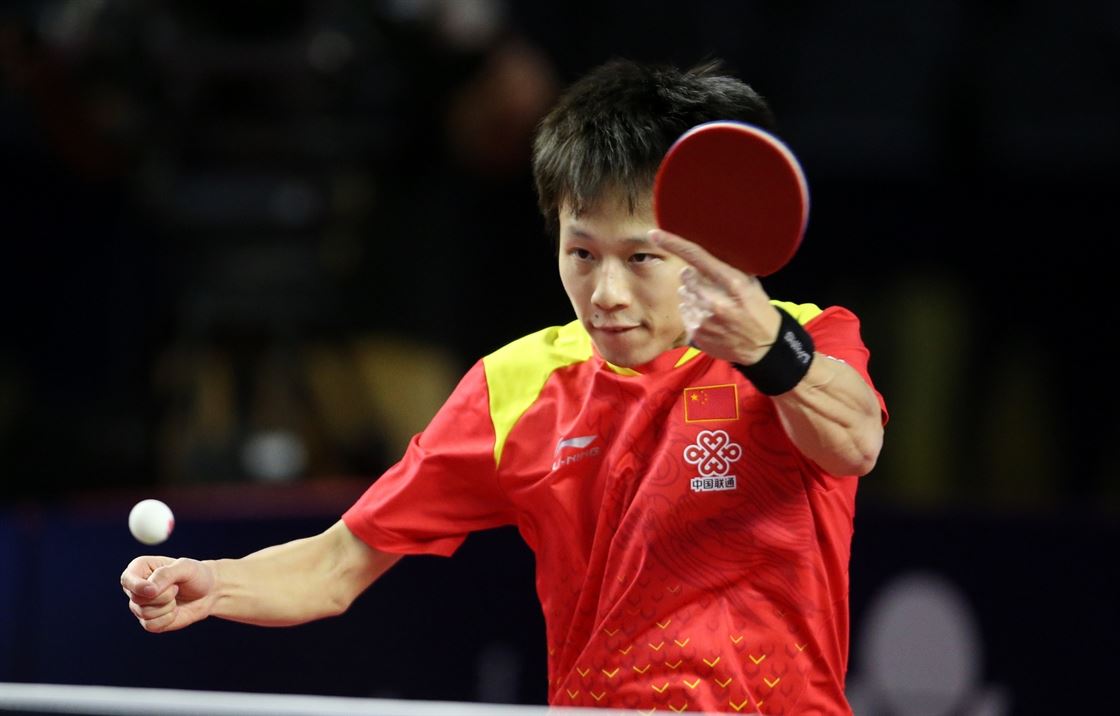 (by Steve Hopkins / Photo by ITTF)

Doha, Qatar was host this week to the Seamaster 2019 ITTF World Tour Platinum Qatar Open.  The only player in the top 16 in the world that did not attend was Fan Zhendong (World No.1).  Xu Xin (World No. 2) was the top seed of the tournament and Lin Gaoyuan was second.

In the top half of the draw, Xu Xin advanced easily to the semifinals with wins over Korea’s Lim, Japan’s Oshima, and Patrick Franziska of Germany.  That same half of the draw also included fourth seeded Timo Boll and Ma Long who has been brilliant since returning from an injury.  Boll and Ma faced each other in the round of 16, and Ma Long dominated (4-0).  Ma Long then defeated Jun Mizutani 4-0 to reach the semifinals and then eliminated the top seed with a 4-2 win over Xu Xin in the semifinals.

The bottom half of the draw included Gaoyuan, Harimoto, Ovtcharov, Jingkun, and Calderano.  Gaoyuan eventually outlasted the group, but not before being pushed to a seventh game twice.  Dimitrij Ovtcharov fell to Taipei’s Lin Yun-Ju in the round of 16.  Calderano was upset in his first match – losing to Belgium’s Cedric Nuytinck 4-2.  Harimoto dominated Liang Jingkun with a 4-0 win, but then lost to Sweden’s Mattias Falck.  Falck overcame China’s Zhou Qihao 4-2, and then dispatched Nuytinck 4-2, before overcoming Harimoto 4-3.  Falck fell just short in the semifinal winning the first two games before falling down 3-2.  But then finding himself tied 10-10 in the seventh game – only to fall just short.  Gaoyuan advanced to face Ma Long in the final.

Gaoyuan started strong, winning the first two games of the final.  However, Ma Long closed out the match with four straight wins.  The Qatar Open title goes to Ma Long – who is clearly back from his injury and once again one of the top players in the world.

The Chinese contingent dominated the women’s event.  Six of the final eight players were Chinese, as well as all four of the semifinalists.  The final match was Wang Manyu over Liu Shiwen 4-2.  Wang was the fourth seed, but was dominant in all five matches, including three wins over Chinese players (and victories over the top two tournament seeds).