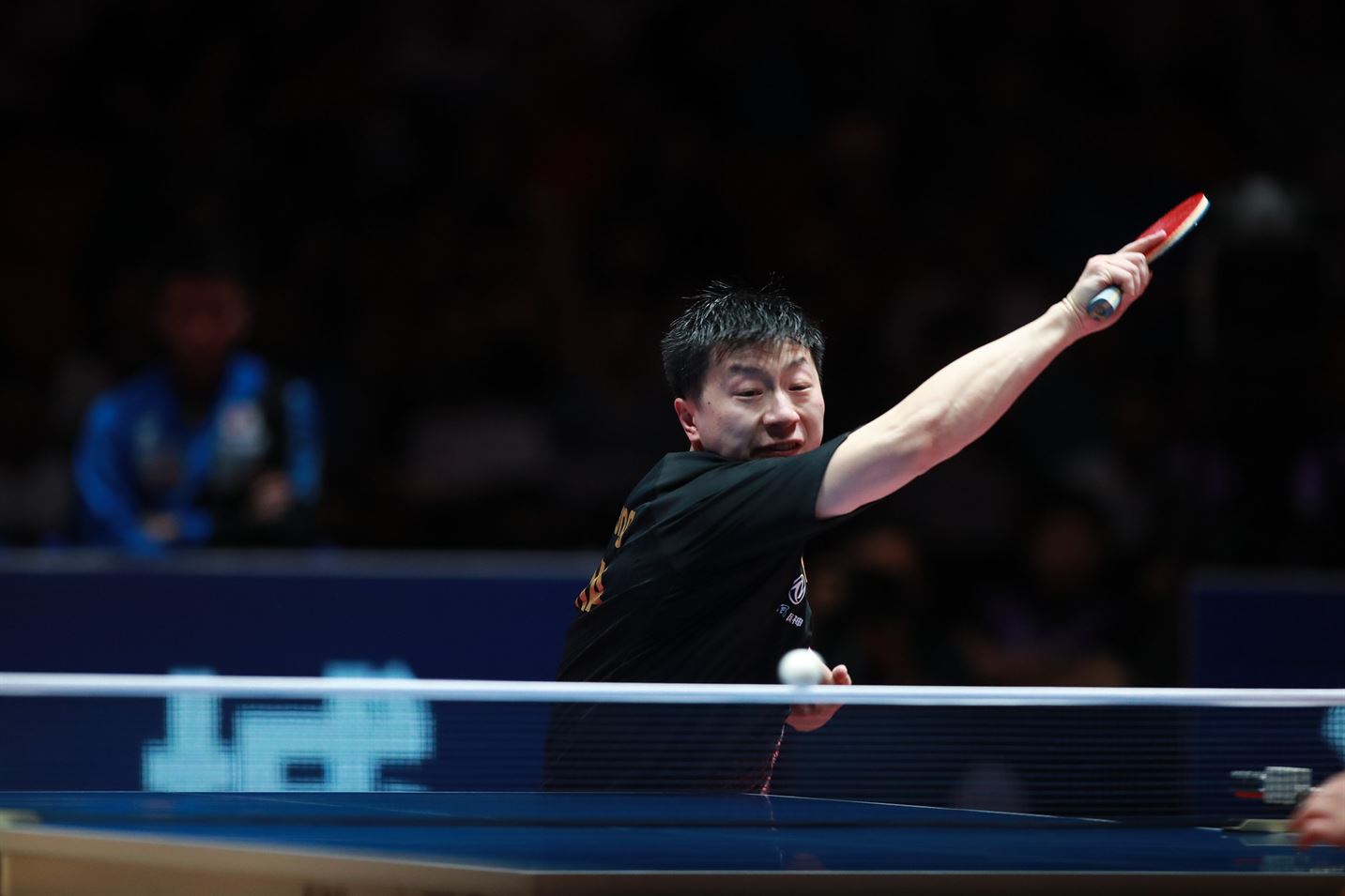 The Seamaster 2019 ITTF World Tour Platinum China Open was held in Shenzhen China this week.  The first stages were May 28-29, and the knock out stages concluded on Sunday.

The early rounds of the Men’s Singles were not great for North America.  Kanak Jha fell in his opening match to Daewoo Kim.  The other American, Jinbao Ma, fell in his opening match to China’s Yu Ziyang.  Jeremy Hazin of Canada also fell in his opening match, losing to Daniel Habesohn of Austria.  Thirty-two players emerged from three preliminary rounds to be matched up with the top seeds – and 29 of those 32 lost their first knock-out match.  The three that were successful each won one match and then exited:  Lubomir Pistej upset Woojin Jang before losing to Fan Zhendong, China’s Yu Ziyang upset Mattias Falck before losing to Timo Boll, and Simon Gauzy upset Sangsu Lee before falling to Chun Ting Wong.

The top seeds emerged into the Quarterfinals as expected, with Ma Long upsetting Fan Zhendong 4-1.  Tomokazu Harimoto defeated Chun Ting Wong 4-1 in his Quarterfinal.  The second seed in the tournament, Xu Xin, advanced to the Quarterfinals winning each of his four matches 4-0.  Xin defeated Timo Boll in the Quarterfinals, advancing to face Lin Gaoyuan.  Gaoyuan defeated Liang Jingkun in a tight up-and-down match where he won the first three games 11-9, 11-9, 11-9 before being dominated for three straight games 8-11, 6-11, 6-11.  But Gaoyuan was able to regroup to win the final game and advance.

The early matches on Sunday were pretty fast.  Ma Long dispensed with Harimoto in four straight, and Lin Gaoyuan surprised Xu Xin with a 4-2 win.  This set up an all-China final, and a fast 4-0 win for Ma Long.  Ma Long, who continues to rise in the World Rankings after an absence due to injury, began June as fifth in the World.  In the first event in June, he beat World No. 1, World No. 2, and World No. 4 (Fan, Lin, Harimoto), so expect to see Ma Long rise again in July.

The Women’s event also did not see any North American pierce the main event.  In the Women’s Preliminary rounds, Canada’s Mo Zhang fell in her first match to Brazil’s Gui Lin, Puerto Rico’s Melanie Diaz fell in her opening match to Ho Ching Lee, and while Adriana Diaz won her first match – she fell to  Japan’s Miyuu Kihara and did not advance.

In the Knock-out rounds, Japan’s Mima Ito was the big story with her win over top seed Ding Ning in the quarterfinals.  However Mima was unable to get past China’s Wang Manyu in the Semifinals.  In the other half of the draw, second seed Zhu Yuling fell to Chen Meng, leaving another all-China singles final.  Chen Meng, the third seed overall, led from start to finish in the Final – winning 4-1.

Germany won the Men’s Doubles final handily with the Boll/Franziska team winning 3-0 over the Chinese team of Ma Long and Wang Chuqin.  Women’s Doubles was China over China in a battle of the top two seeds (Gu/Liu over Wang/Zhu 3-0).  And the Mixed Doubles final was Taipei  over Hong Kong with the team of Lin/Cheng defeating Wong/Doo 3-1.

Check in with ButterflyOnline.com for updates throughout major tour events.

(By: Bowmar Sports) In this Butterfly Training Tips Shigang Yang he is focusing on his student looping a… Read More
View All News