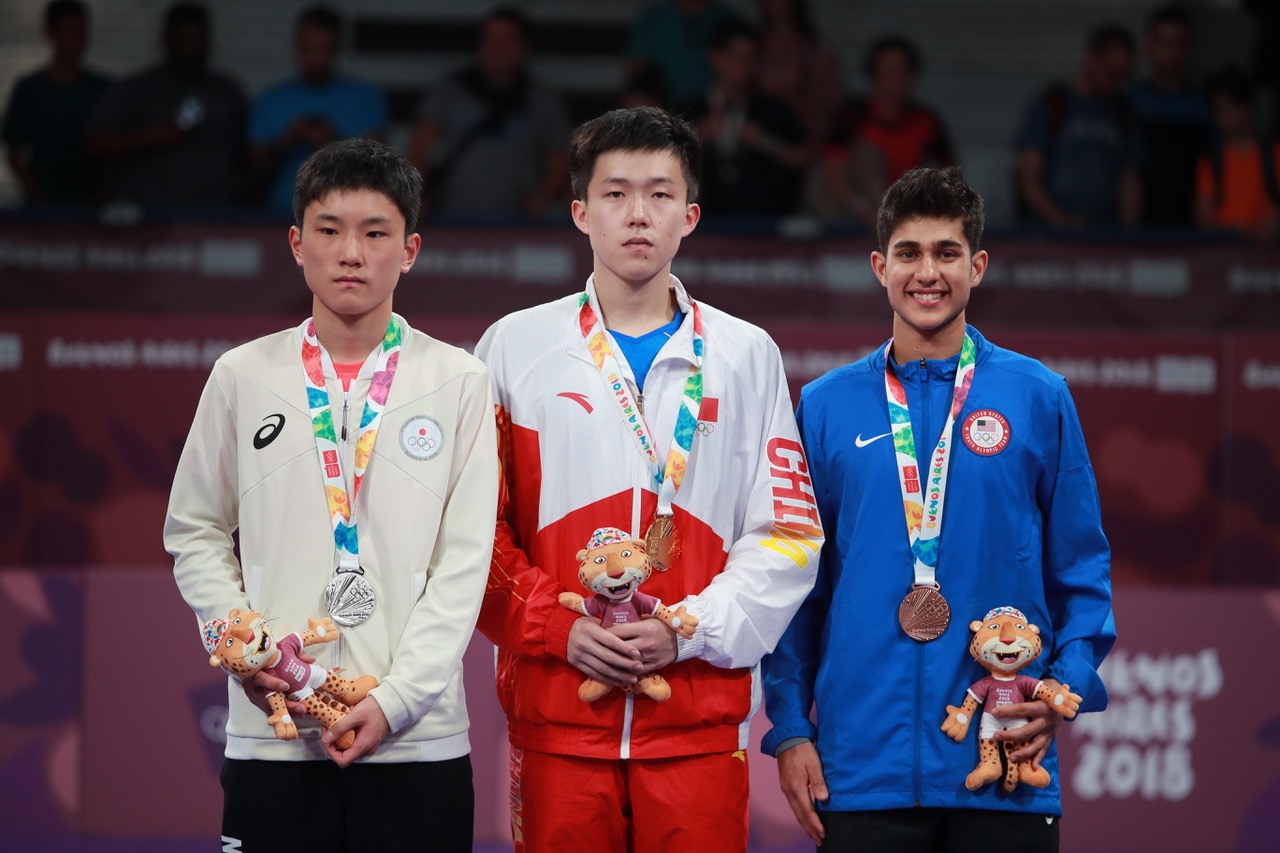 It was an exciting 2018 in the world of table tennis.

The Women’s Tour is more a story of domination.  Kasumi Ishikawa won in Germany and Mima Ito won in Japan and Sweden.  Nearly all of the other titles were won by Chinese players.  Not coincidentally, it is Ito and Ishikawa (at No. 3 and No. 7) as the only two non-Chinese players in the Top 7 in the ITTF World Rankings.

China won the World Team Cup in March, but Kanak Jha’s upset was the bigger story back home in the US.  In April, World No. 1 Fan Zhendong recovered to win the Asian Cup but Fan’s loss in the round-robin introduced Japanese 14-year old phenom Tomakazu Harimoto to the world.

Germany was the top seeded team for much of the year with Timo Boll and Dimitrij Ovtcharov near the top of the rankings.  This was also the case at the Worlds in May, but Germany finished behind China in that event.  A unified Korea Team finished with the bronze at the Worlds and along the way they captured the headlines across the world.  In June, Fan Zhendong overcame Ma Long to win the China Open, Harimoto took his first tour title with a dominating win in the finals over Zhang Jike at the Japan Open, and Dian David Mickael Jacobs of Indonensia took the top prize at the 2018 World Veterans which was held in Las Vegas.

In June, Jha finished third in the Pan Am behind two higher ranked Brazillians and Canada’s Mo Zhang won her final over USA’s Jennifer Yue.  In July, the U.S. crowned national champions Kanak Jha (Men’s) and Liu Juan (Women’s) and Canada crowned Jeremy Hazin and May Tong their men’s and women’s champions.  The US Team won both boys and girls team events at the Pan Am Juniors while Kanak Jha took the boys title and Adriana Diaz of Puerto Rico scored the girls title.

September brought Hurricane Florence to the coast.  It disrupted much of the Southeast for a week, including shutting down Butterfly North America for a short time as it moved across central North Carolina.

In October, Team USA made it to the podium at the Youth Olympic Games (third place behind China and Japan), and Fan Zhendong overcame Timo Boll in the World Cup finals.

In November, Fan Zhendong won in Sweden, #71 ranked Jingkun surprised the world to win in Austria, and Kanak Jha won the Pan Am Championships men’s title and Adriana Diaz won the women’s title.  In December, Canada’s Eugene Wang took the Men’s US Open title and Liu Juan made it a sweep as she added the US Open title to the US Nationals title she claimed earlier in the year.

Kanak Jha started off 2018 in the headlines and stayed there for much of the year.  He pulled off the biggest upset of the World Team Cup in February, defeating World No. 7 Wong Chung Ting.  In March, Jha achieved the No. 1 World Ranking for the U18 Men category.  He won the US National title and the Pan Am title, and anchored a number of US teams and US junior teams along the way.

In more local news – In March, Richard Perez was honored by the Wilmington Table Tennis Club with a regional achievement award and Chen Longcan issued a fitness challenge asking everyone to jump.  Junhan Wu started April with a win at the Cary Cup, and Michelle Wie used table tennis to raise money for players in Hawaii.  In May we chased down Anderson College program alumni.  In October, Jishan Liang took the Butterfly Southeastern Open title. In November, we looked to see where the major contributors of the Wilson Junior program are today.  And in December, we followed the results of the new-look US Open.

ButterflyOnline.com contains full articles on each headline referenced here.  We publish articles every week, so check in often for the latest news