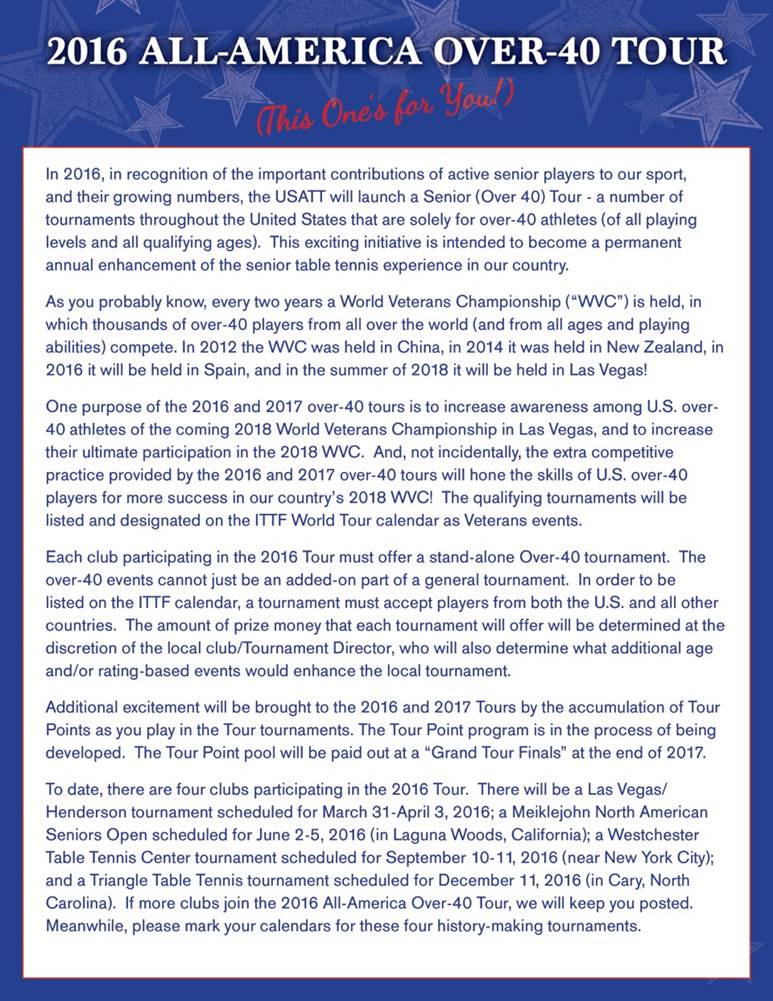 Triangle Table Tennis in Morrisville, North Carolina, will be holding a terrific two-day tournament on February 18 and 19 for players over 40 years of age.

The Triangle Over-40 will combine a Giant Round Robin Main Event and Mixed Doubles with singles age events.  See www.triangletabletennis.com for details and entry form.  The Triangle Over-40 is part of the 2016-2017 All-America Over-40 Table Tennis Tours.
See www.usatt-over-40-tours.org for all the tournaments and structure of the 2016-2017 Over-40 Tours.  The Tours lead up to the Grand Tour Finals at the Westchester Table Tennis Center in New York on December 2-3, 2017.  You’ll note that qualification for the Grand Tour Finals generally requires participation in at least two of the Over-40 tournaments in the 2016-2017 Tours.
Hope to see you at the Triangle Over-40 on February 18!