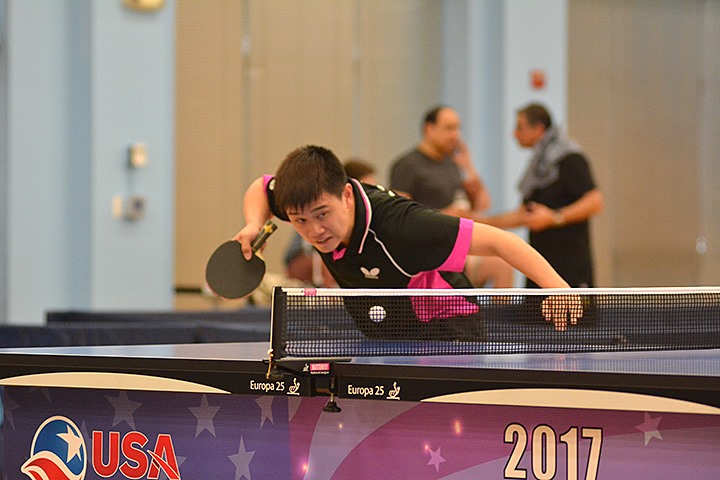 Tip of the Week – Serve and Forehand Loop

Back in the 1960s and 1970s, a common slogan in table tennis was “One gun is as good as two.” This was back in the days of the all-out forehand attacker. Many of the dominant players (especially from Asia) would mostly just block on the backhand – often aggressive jab blocks, but not penetrating attacks – and end the point with the forehand. Some would relentlessly attack with the forehand, others would use those quick backhand blocks to set up the forehand, but the game was mostly centered around the forehand attack, whether it was smashing or looping.

While the art of the all-out forehand attack is dying out, most of the top players still strongly favor the forehand, and often still cover the whole table with it when they can, though they don’t force it as often as players from the past. But there’s one time where top players will still sometimes relentlessly use the forehand – and that’s to follow up their serve. The whole idea of the serve is to force at least a slightly weak ball, and that’s all that’s needed for a top player to end the point – and the forehand is usually best for that.