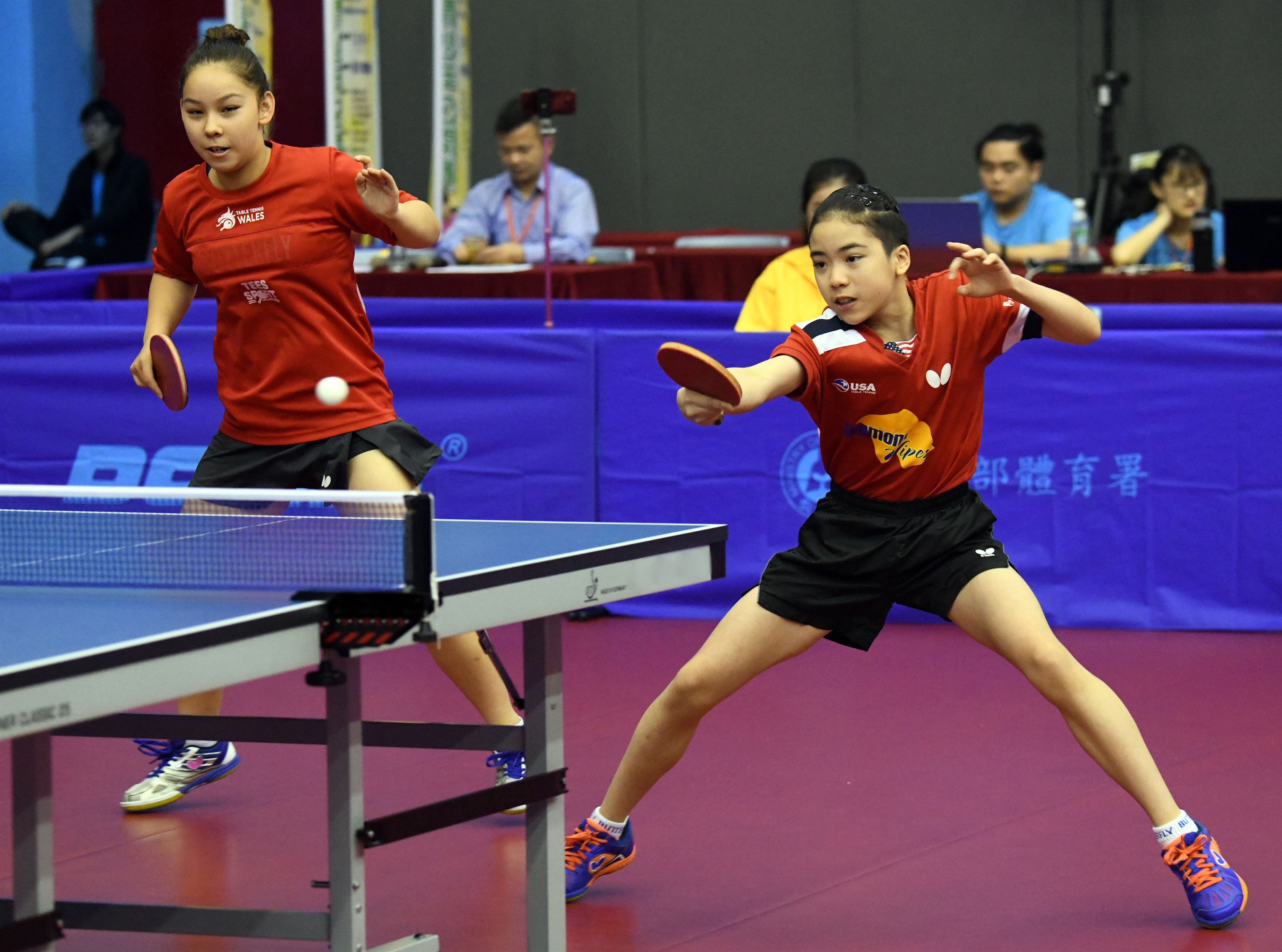 The 2019 Chinese Taipei Junior and Cadet Open was my second international competition. This time I partnered with Anna Hursey from the UK. We played as a mixed team and also paired up in U15 and U18 doubles.

Anna is from Wales and is one year older than me. Her playstyle is an aggressive attacking style. Even though we had never teamed or partnered up before, we got along pretty well and did quite well in the teams and doubles. We managed to beat Taipei C in the group of Cadet Girls’ Teams. We advanced to the quarterfinals in the Cadet Girls’ Doubles by beating a team from Korea in the round of 16. We also defeated another Korean team in the round of 32 in Junior Girls’ Doubles. Given that Anna and I hadn’t even met before the tournament, I think we made a pretty good team, and I certainly had a lot of fun.

In the Cadet Girls’ Singles I made it to the round of 32. I played a very solid player from Taipei, she had a strong wall of defense and I wasn’t able to break through it. Even though the match score was 3:0, it was still a very tight game. There were rallies and I had my chances, but at a few critical points I was not determined enough to follow through. Or, I just wasn’t calm enough to get the strategies clear.

I played a Hong Kong player in the U18 group. It was my first match of the day and I was not fully focused. Her game was mostly a lot of power and location in her forehand. Her backhand had more spin and control, which is a very good combination for rallies. Her attacking was smooth and I couldn’t really keep up. I definitely did not use enough of the skills I had, which made her game much easier than I would have hoped for. Also, I was not aggressive enough and was mostly defending the whole match. All I did was control and a lot of rallies, but since she was much bigger and much more aggressive than me I ended up missing some important points.

I managed to get my first yellow cards in international play. The first one was because I was going too slow in between points during the team competition. My second card was in a doubles match playing Korea, also because I was going to slow in between points (consistency is key). One thing I did do well is not get impacted when I got cards or penalties. But I do think it was quite an achievement to get two yellow cards in one competition.