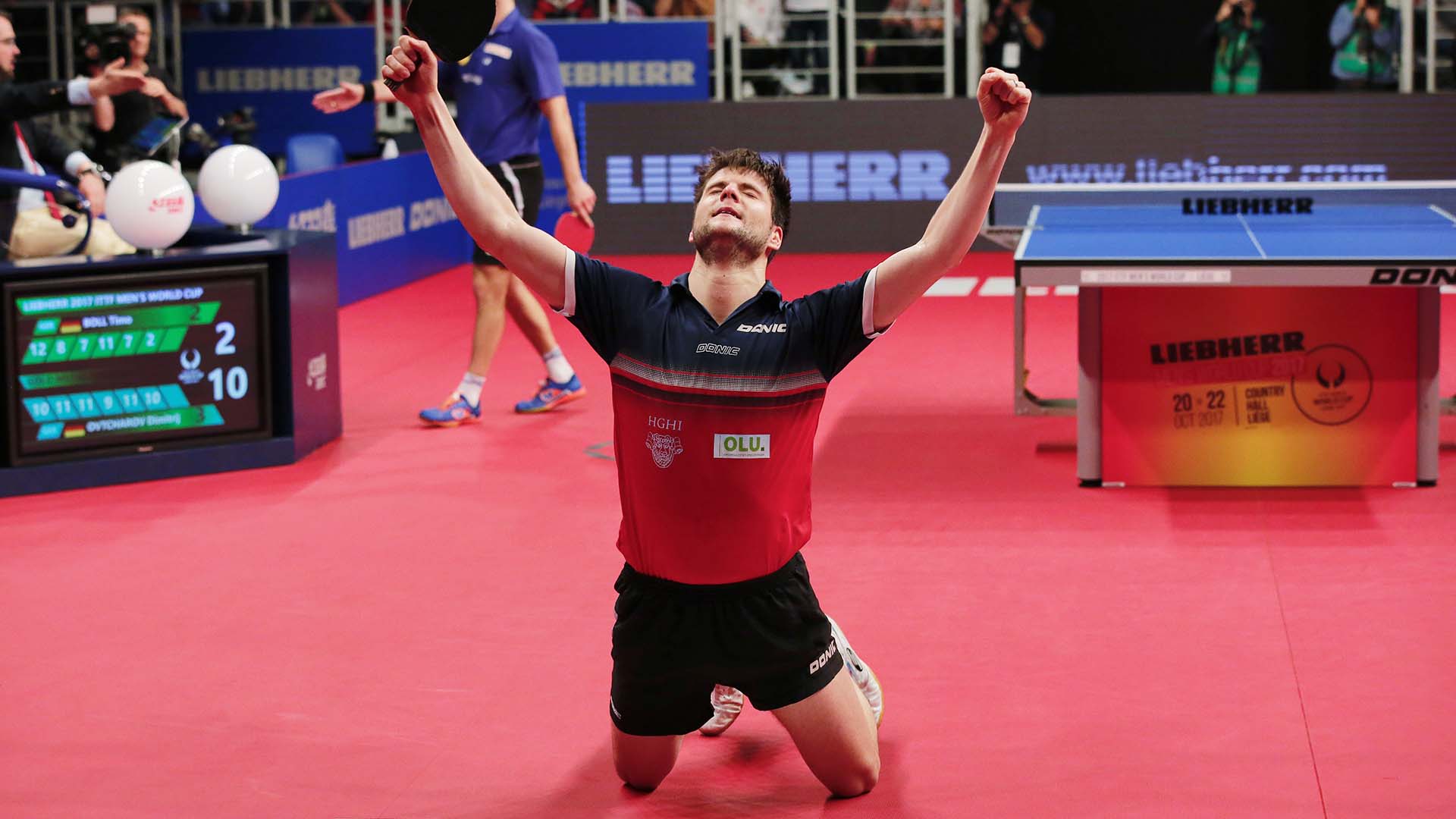 (by Ian Marshall, ITTF Publications Editor)
A step higher, Dimitrij Ovtcharov wins in Liège
Crowned European champion in Schwechat in 2013 and two years later in Ekaterinburg, whilst having won the Europe Top 16 title on the three most recent occasions the tournament has been staged, on Sunday 22nd October, Germany’s Dimitrij Ovtcharov climbed one step higher.

Against China’s Lin Gaoyuan, the no. 6 seed, at the quarter-final stage, he had performed a remarkable fightback, emerging successful from three games to one in arrears. One round later when facing the latter’s colleague, Ma Long, the top seed, he had achieved exactly the same feat.

In the final, Dimitrij Ovtcharov had other ideas; in the sixth game he closed the door in a most firm manner.

“I could never have imagined a few years ago that I could win the World Cup. I think the support from my family was very helpful because without them I would not have been here today as the champion. I am privileged to be listed amongst the World Cup winners. Particularly I must acknowledge the quality of Timo Boll who defeated two great Chinese players on his way to the final. I could see he was a bit tired. He was not moving very well having played some fantastic matches. I think he deserves the victory as much as I do. I think I will have to go home and celebrate with my family.” Dimitrij Ovtcharov

It was the first time that two German players had contested the final of the Men’s World Cup since the tournament was first staged in 1980 in Hong Kong. Two players from the same country in the title deciding contest is not new; China has achieved the feat on no less than nine occasions but it was only the second time such a situation has occurred when the finalists were not Chinese.

(By: Bowmar Sports) In this Butterfly Training Tips Shigang Yang he is focusing on his student looping a… Read More
View All News