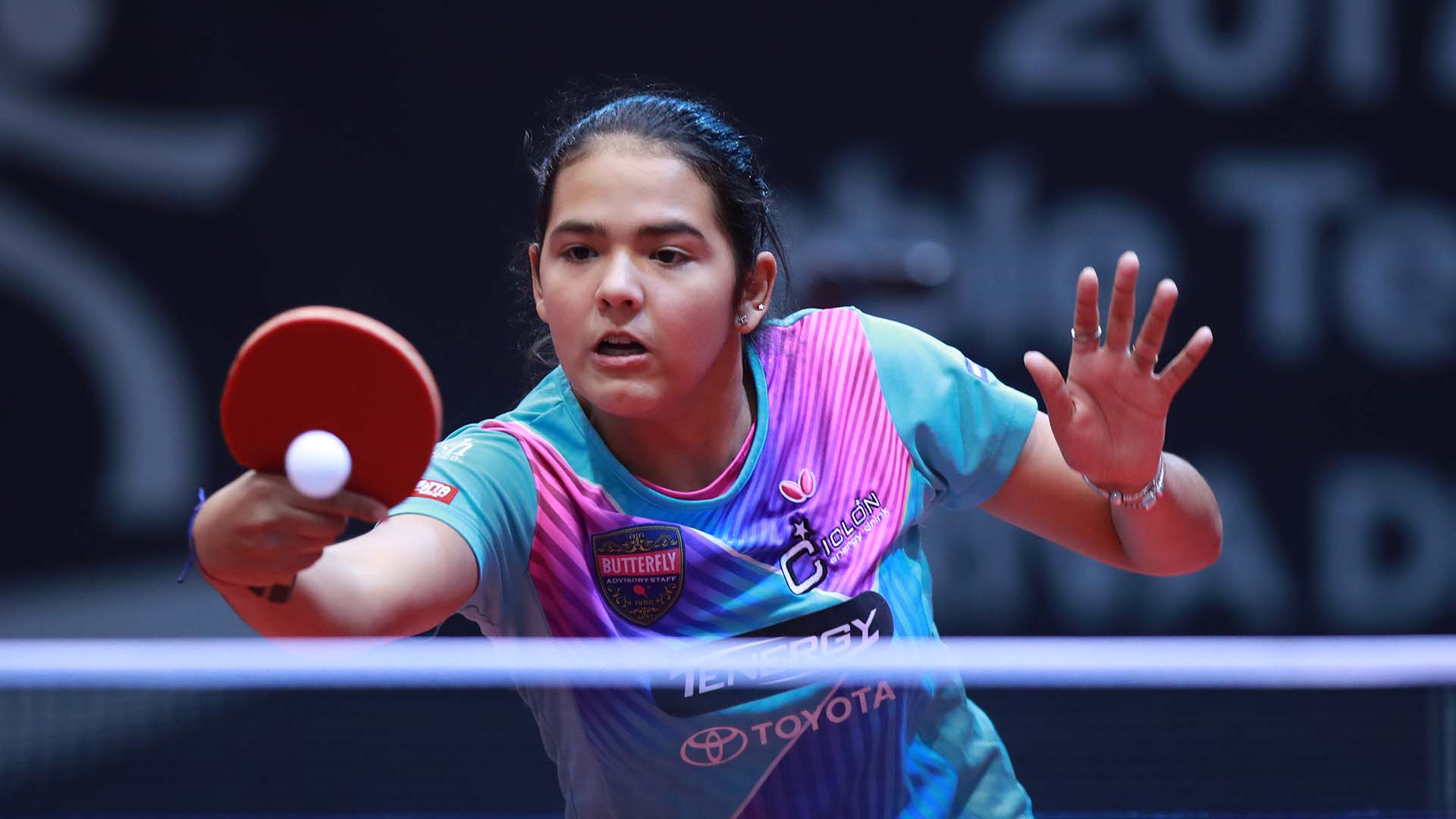 Silver medallist one year ago, Adriana Diaz in search of gold

(by Ian Marshall, ITTF Publications Manager)
Silver medallist one year ago, Adriana Diaz in search of gold
Runner up one year ago when beaten by Japan’s Maki Shiomi at the final hurdle, Puerto Rico’s Adriana Diaz is the top seed in the Junior Girls’ Singles event at the forthcoming Swedish Junior and Cadet Open.

Currently listed at no.9 on Under 18 Girls’ World Rankings, Adriana Diaz excelled last year in Under 21 Women’s Singles events on the ITTF Challenge Series in Slovenia, Croatia and Belgium, as well as on the Seamaster ITTF World Tour in Bulgaria.

Notably, Japanese adversaries were very much the norm; in Slovenia she beat Saki Shibata; in Bulgaria and Belgium she departed at the semi-final stage, losing respectively to Miyu Maeda and Saki Shibata. The one other appearance in the penultimate round was in Croatia when beaten by Romania’s Adina Diaconu.

Now could it be in Sweden that as last year, Japan provides the greatest threat to Puerto Rican aspirations?

The Czech Republic’s Zdena Blaskova, Russia’s Kristina Kazantseva and Germany’s Franziska Schreiner are listed next in line to Adriana Diaz; all gave creditable performances at the 2017 World Junior Championships in Riva del Garda, whilst earlier in the year in Örebro, Kristina Kasantseva exceeded expectations to reach the semi-final round.

However, note the name in fifth place on the list; it is that of Japan’s 15 year old Yumeno Soma; had it not been for the fact that her colleagues Maki Shiomi and Miyu Nagasaki finished in the top two places on the end of year 2017 ITTF World Junior Circuit Girls’ Standings, she would have qualified for the Finals staged earlier this month in Luxembourg; a maximum of two players per national association is permitted to compete in the ITTF World Junior Circuit Finals.