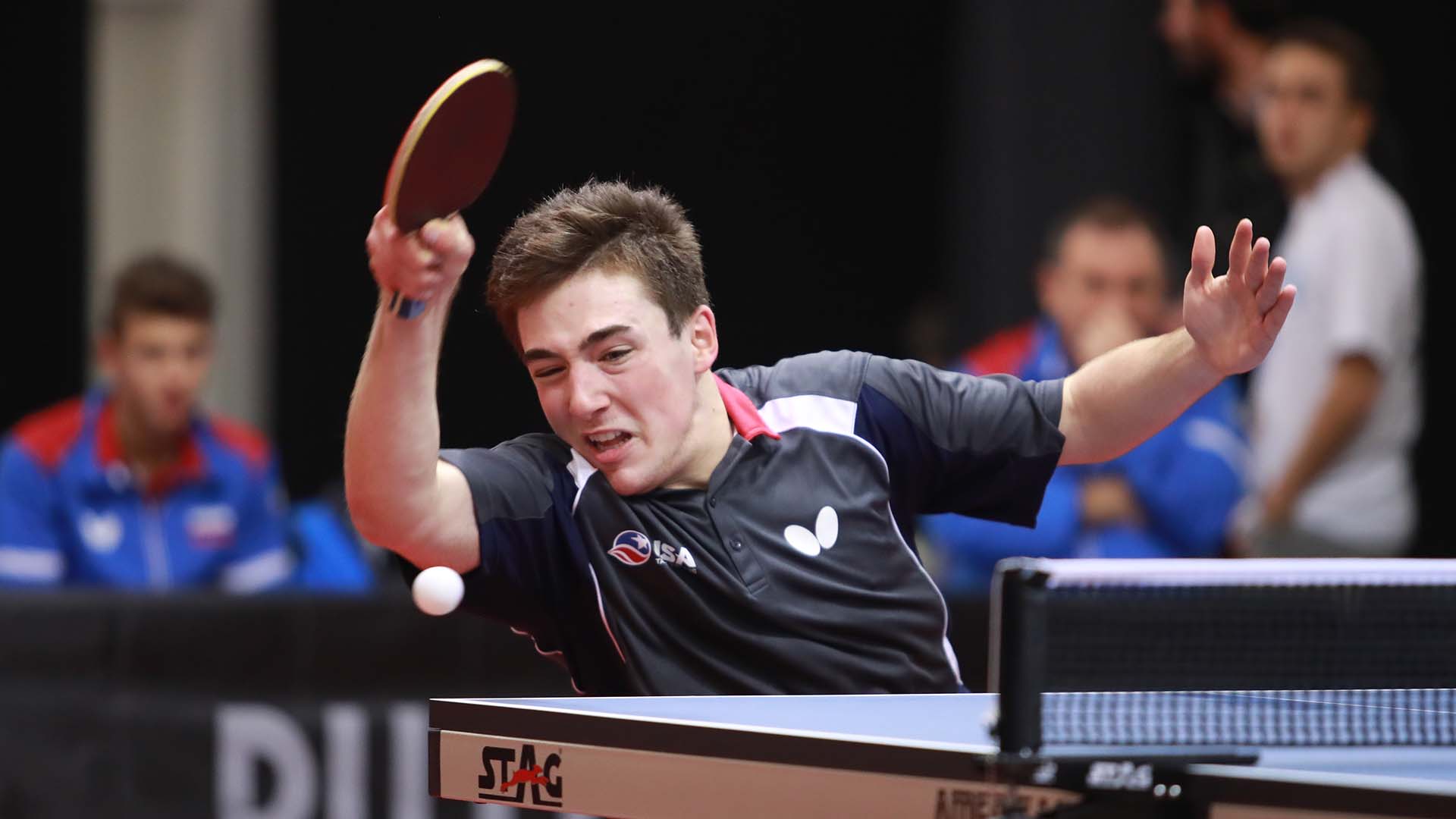 Represented by Tobias Hippler, Gerritt Engemann and Cedric Meissner; Germany, the no.8 seeds, recorded a three-nil win against the host nation trio formed by Antonio Amato, Matteo Mutti and Daniele Pinto, the no.11 seeds, to secure second place in their group and thus progress to the last eight. Ffor Italy, as with other teams who finished the group stage in third place, they now compete for places nine twelve.

First place was secured by Japan, the top seeds, who selected from Yuto Kizukuri, Yukiya Uda, Yuta Tanaka and Masaki Takami; against Italy a three-nil had been posted, in opposition to Germany, the young players from the Land of the Rising Sun had emerged successful by three matches to one.

However, for the remaining teams who reserved last eight places, full distance five match duels were the order of proceedings; the United States being the outfit to cause the upset. The no.9 seeds, they beat Russia, the no.5 seeds; Kanak Jha was the backbone of the victory, Sharon Alguetti, the hero.

Chinese Taipei represented by Lin Yun-Ju, Feng Yi-Han and Tai Ming-Wei duly finished in first place. Earlier in the day they had recorded three-one wins against both Russia and the United States.