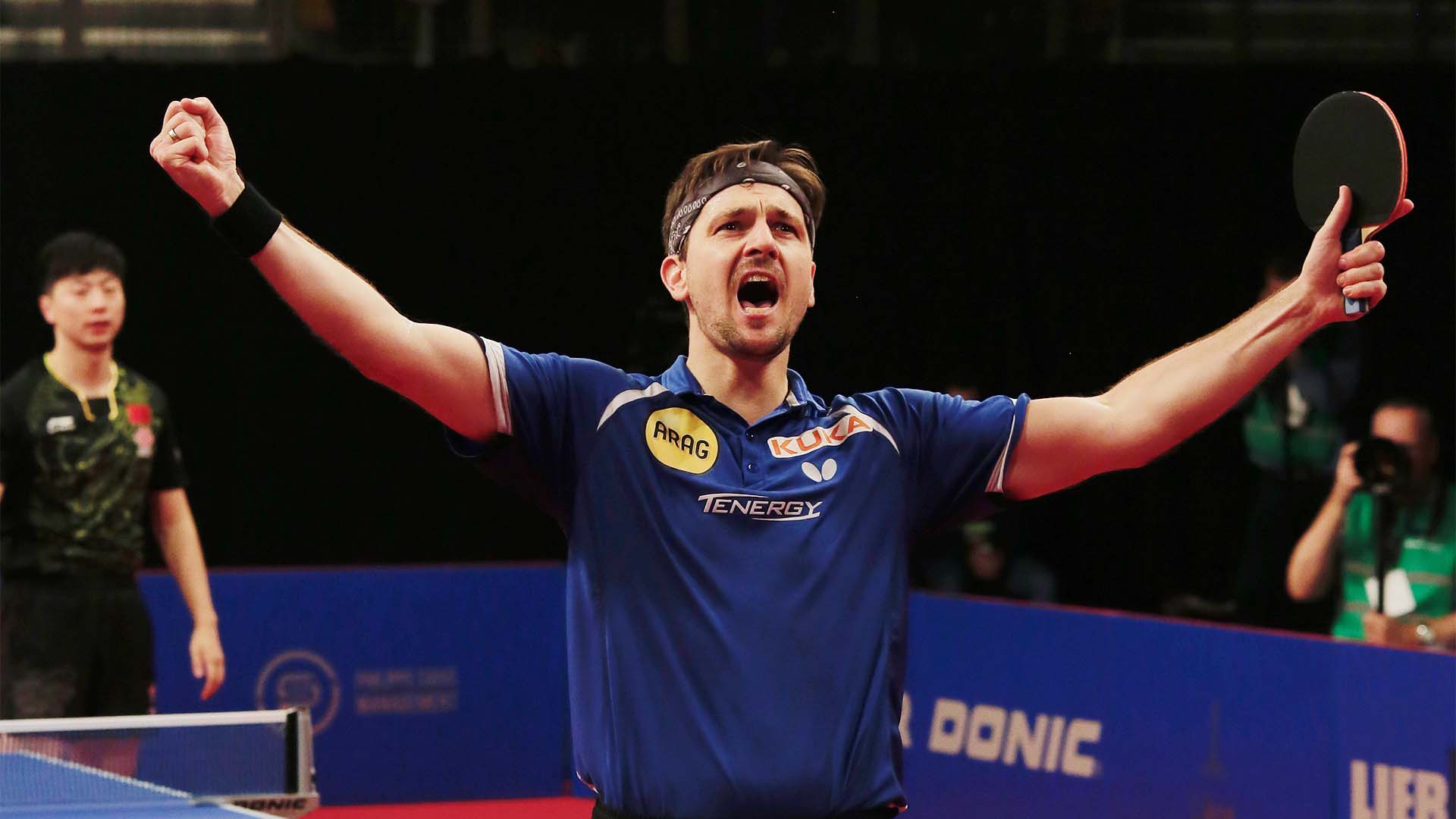 (by Ian Marshall, ITTF Publications Editor)
Ma Long departs, once again in Liège Timo Boll ends Chinese hopes
Ask in which city Timo Boll would chose the Men’s World Cup to be staged and without a shadow of a doubt he would chose Liège.
In 2005 he beat the cream of China when at the quarter-final stage he accounted for Wang Liqin before overcoming Ma Lin and Wang Hao to claim the title; now once again in the Belgian city, at the Liebherr 2017 ITTF Men’s World Cup, he has proved the nemesis of China.
Having made the recovery of a lifetime to beat Lin Gaoyuan at the quarter-final stage when down 4-10 in the decider (5-11, 11-13, 11-9, 9-11, 11-9, 14-12, 13-11); one day later on the morning of Sunday 22nd October, the no.3 seed, he overcame Ma Long, the top seed and clear favourite for the title.

Crucially in the deciding seventh game, Timo Boll was consistently ahead. He established a 4-1 lead and was ahead 5-4 at the change of ends. Ma Long levelled but at 7-5 Timo Boll re-asserted the advantage. Again at 8-all it was parity before at 10-8 the German held two match points. Both were saved but at 11-10 when a third chance beckoned, the opportunity was taken.

“I don’t know what to say because it was a crazy match. Being down by three-one against such a great player like Ma Long; when I was down, I was a bit more relaxed just trying to enjoy the game. I must also thank the fans for their support. I think I had a good feeling and having such feeling against such a great player was helpful. I cannot believe it that at 36 I could still do this as I am just enjoying myself with my game.” Timo Boll

Defeat for Ma Long and his second notable reverse of the year in a major tournament; earlier in March he was beaten in the third round of the Men’s Singles event at the Seamaster 2017 ITTF Asian Championships in Wuxi by Korea’s Jeong Sangeun.

Notably in his 14th appearance in the Men’s World Cup it was the ninth semi-final for Timo Boll, his fifth success; for Ma Long in now six excursions, his second defeat in the penultimate round. Always Ma Long has reached the semi-final round.

(By: Bowmar Sports Team) Butterfly Table Tennis Question and Answer Question: I want to downgrade on my blade… Read More

Coaching Tips of the Week: Blowing Ball in Air

(By Larry Hodges) We’re going to have a little fun this week. There’s more to table tennis than… Read More
View All News