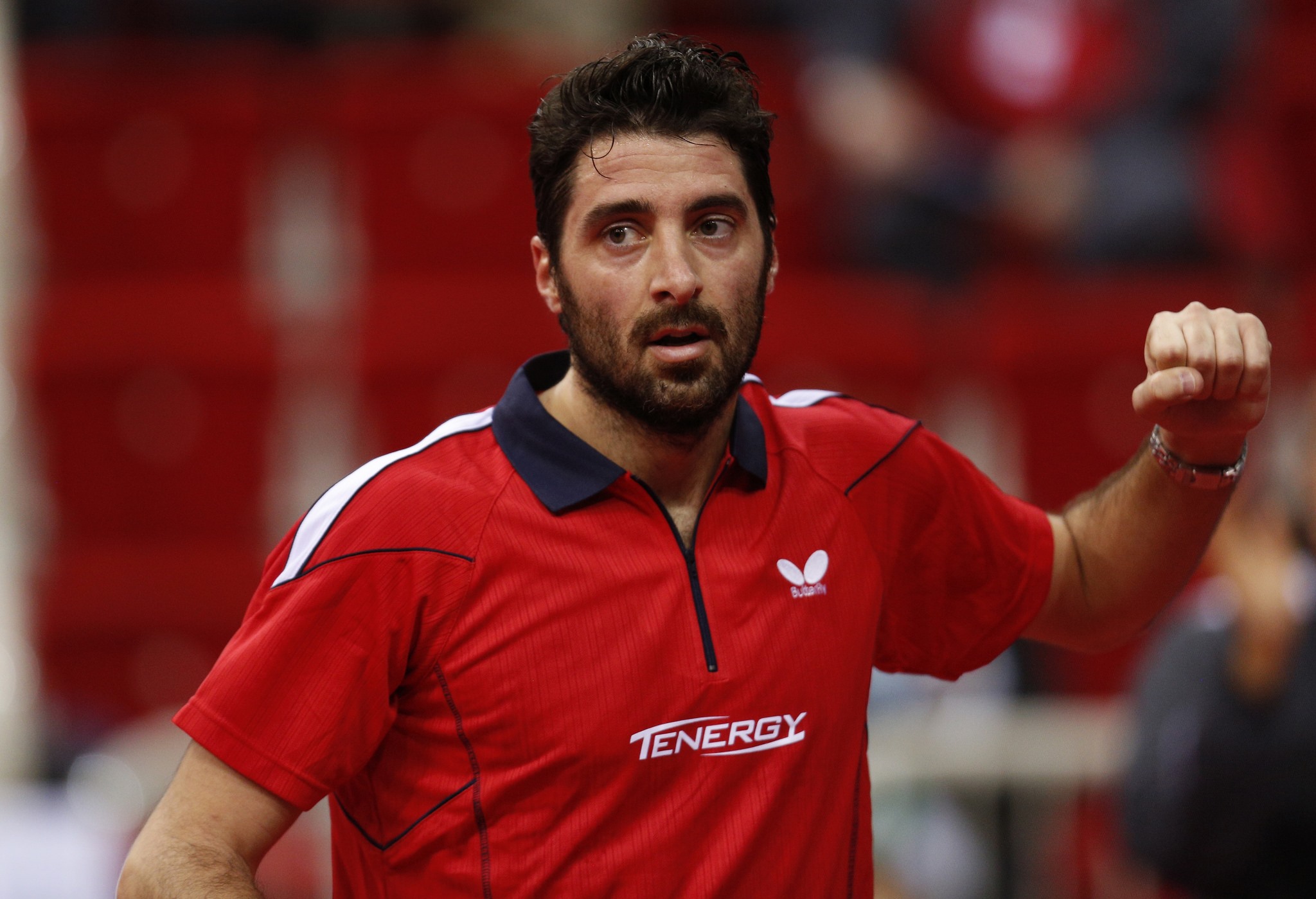 The Liebherr 2016 European Championships are only a matter of days away, and some of Greece’s players who are heading to the event have given their thoughts on what to expect from them at the Budapest competition.

Panagiotis Gionis, Ioannis Sgouropoulos, Konstantinos Papageorgiou and Giorgos Konstantinopoulos are the four Greek competitors set to participate at the European Championships and the country’s contingent answered a list of questions asked by one another and by Greek national Table Tennis hero, Kalinikos Kreanga.

The opening question from Kreanga saw him ask Panagiotis Gionis about his feelings on entering this year’s Championships without him by his side in the Doubles, “The truth is I always say to myself that you can only afford so many years of playing in all competitions.” said Gionis. “All these years you have helped everyone else. We have shown the way to become more professional and to have several objectives. It is the first time in recent years that will not be with us. I hope to achieve something good, because we owe it to you!”

Giorgos Konstantinopoulos will make his European Championship debut in Budapest, and the 23-year-old is looking forward to what he hopes to be a successful campaign:

“My goal is to play well in all of the games, to fight and claim positive results. Also in the Men’s Doubles with Ioannis (Sgouropoulos) I hope to make good progress. We have a good chance, because the Doubles does not always see the best individuals win, but the combination that works best succeed” – Giorgos Konstantinopoulos (Greece).

Then it was the turn of Coach Kostas Vatsaklis to put a question forward, asking Ioannis Sgouropoulos what his personal aims are for the Championships.

“I do not have any specific targets” replied Sgouropoulos. “I would like to make good appearances in the Singles and Doubles events. I would like positive results. I have trained and prepared well.”

Sgouropoulos and Konstantinopoulos will team up for the Men’s Doubles category, but both Gionis and Papageorgiou will side with players from other nationalities; Wang Yang (SVK) and Chen Weixing (AUT) respectively.

Gionis asked his fellow countryman Papageorgiou how he was feeling after being partnered with Chen and he responded that he was excited about the news, “I feel comfortable and I’m excited to play with a great player. I really look forward to every moment in this Doubles competition.”

The Liebherr 2016 European Championships start on the 18th October and will conclude on the 23rd of the month.