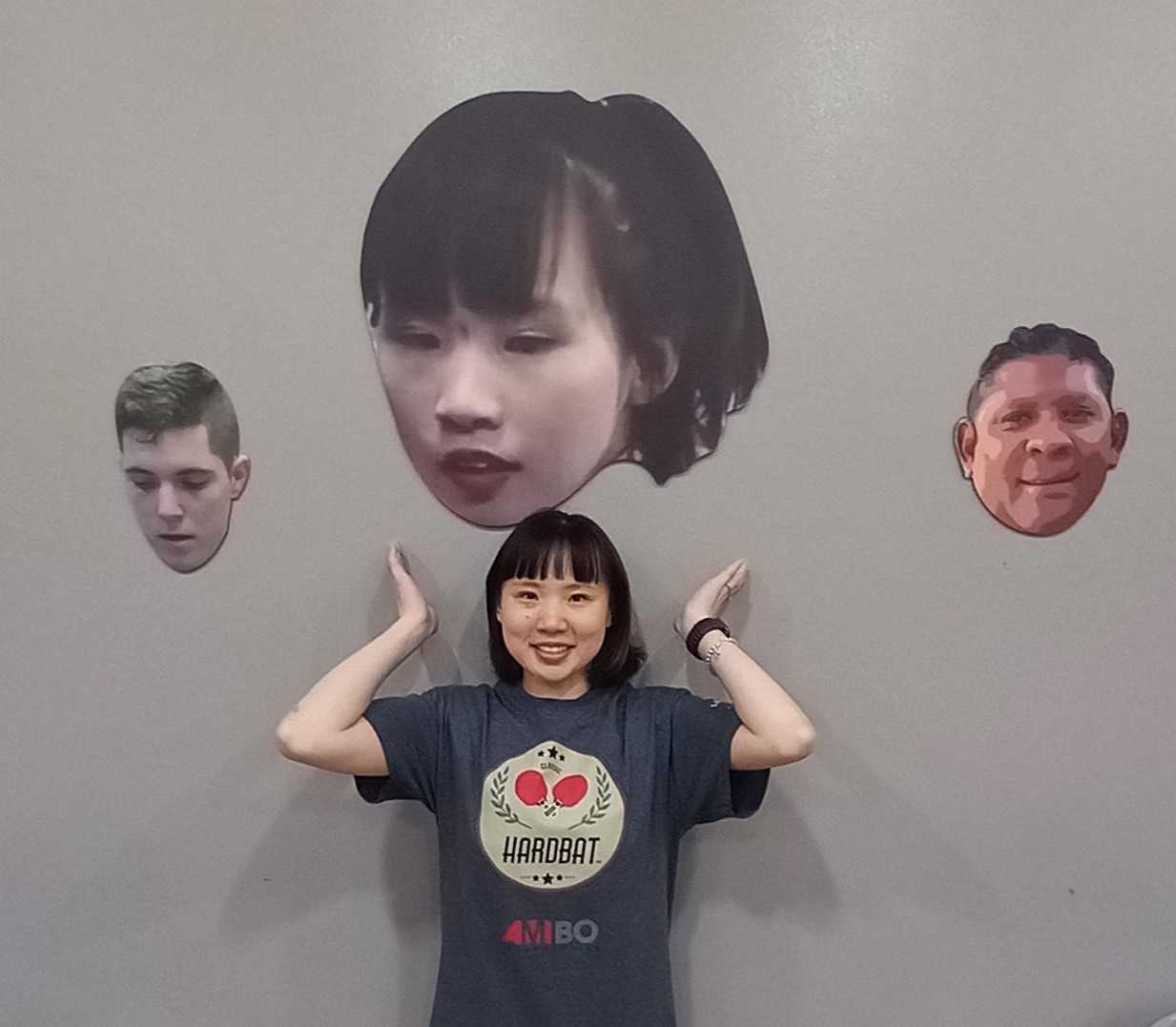 Xin Li Dominates with the Backhand

Many players struggle in making the transition from sponge to hardbat. Less so for Xin Li, who just won Women’s Singles here at the Classic Hardbat World Championships. While she’s a standard shakehand player with inverted on both sides, she used to play with medium-long pips on the backhand. She switched to inverted on the backhand five years ago, when she was 17 years old, but she quickly recovered her old pips-out stroke. She dominated with her backhand, which is her stronger side, especially in hardbat. She’s mostly an attacker, but she chops about 20% of the time.

She was top seed and won convincingly, not losing a game in the final round robin of six players, where she went 5-0. She defeated second-place finisher Ning Cheng, 7,3,3.

She moved to the Bay area in in 2018 when she was 18 years old. She spoke no English at the time. For her first few years here she focused on studying English and getting a degree in Business Administration at Ohlone College in Fremont. She now speaks English pretty well. Since graduating, she’s focused more on table tennis. She’s been training regularly at the ICC Table Tennis Center since October of 2021.

The training has paid off. In February, she won Open Singles at the Fremont Butterfly Open. In May, she won Women’s Teams at the U.S. Team Championships in Rockford, IL. Her current USATT rating is 2265, but she does not yet have a hardbat rating.

And then she decided to try hardbat. I asked her what the biggest challenge was in switching to hardbat. She said, “You have to supply all the power, and there’s a lot of movement.”

And she’s moved from being a sponge star to hardbat superstar.

Results should go online after the tournament. It is being livestreamed at: