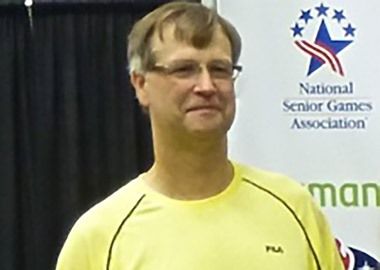 Ask The Experts: Larry Thoman No. 372

I have an Amicus Prime robot and would like to know what spin setting approximates a 2000 level loop.

This Ask the Experts question was answered by Larry Thoman. He is a Table Tennis Robot Guru. Larry’s response is below:

Let me explain about how the topspin control works on the Prime:

Now relating the above to what we call a loop in TT, the first setting will be the closest the Amicus can come to reproducing a fast loop—it is an equal blend of speed and spin and is similar to the fast loops produced by 1-wheel robots like the Newgy 2050. Since the bottom wheel is stopped, it is not transferring any energy to the ball so all the wheel energy is being directed at the top of the ball by the two top motors, very similar to a player looping the top of the ball for a fast loop. So if you want to practice chop against a fast loop, then leave the Spin set to 5 and adjust the speed up or down to a level you can handle.

You will want to avoid using Spin settings 1-4 as the bottom wheel is spinning forward at those settings, which decrease the topspin. Those settings would be used to simulate flat hits against a chop where there is more speed than spin on the ball.

There is a significant difference in the feel of the spin between a Spin setting of 5 and 6. At 7, the backward spin of the bottom wheel becomes even more pronounced, making the topspin heavier than you probably will ever see from a 2000-level player. So set the Spin at 5 for fast loops and 6 for slow loops. For Speed, use the upper ranges (20-25) for a fast loop and the mid ranges (13-20) for a slow loop. A good drill to set up would be a slow loop, followed by a fast loop, followed by a short push. This would let you practice your chop against the three most common shots you will see 2000 level players use to return your chops.