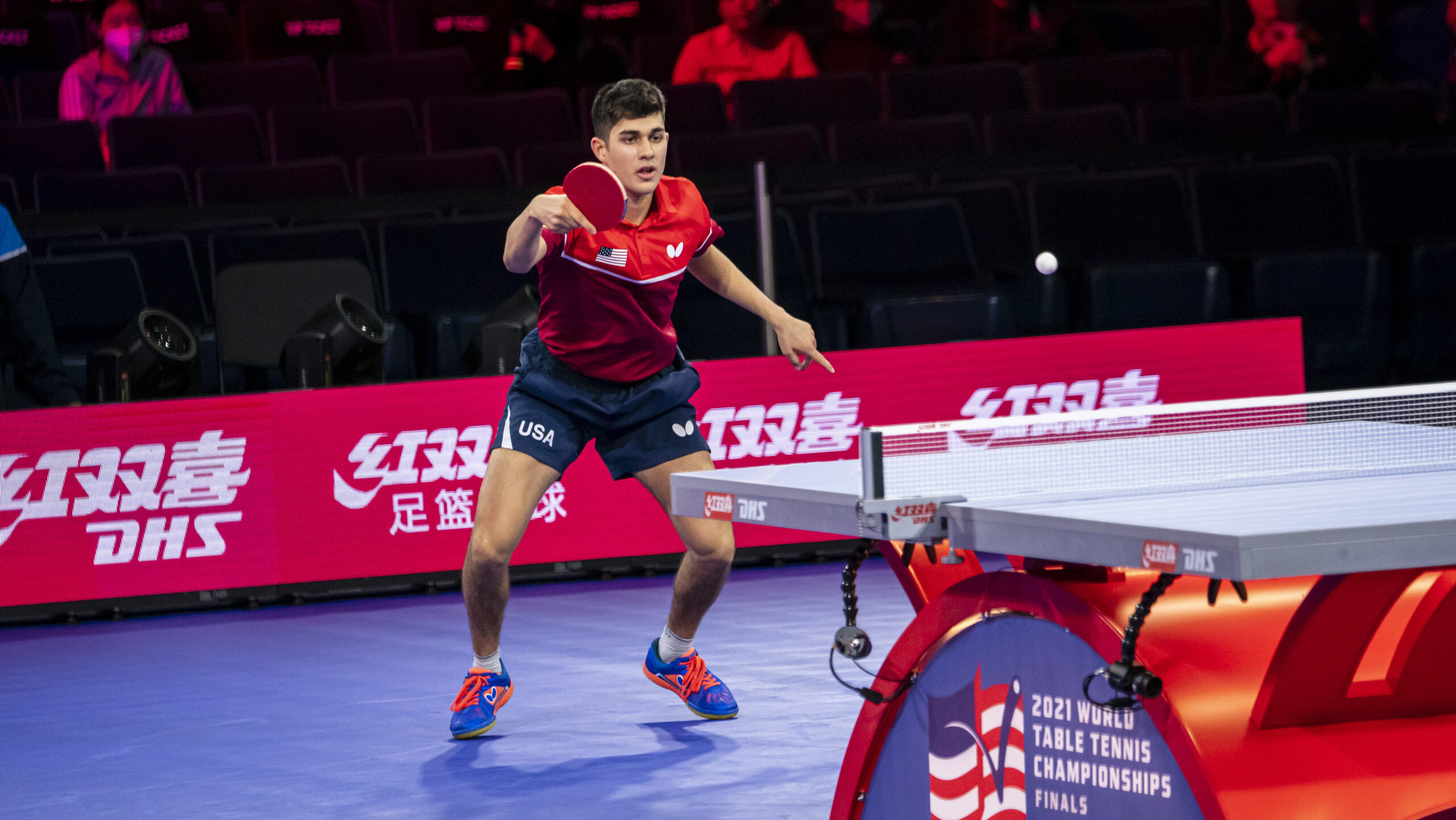 The events in Houston have now been narrowed from a field of 128 to the top 16.  Thanksgiving Day was Day 3 of the World Table Tennis Championships and there was action in all five events.

In Men’s Singles, Fan Zhendong and Wang Chuqin both pressed forward with 4-0 wins and now these two top Chinese seeds will face off in the Round of 16.  The second grouping will feature Lin Gaoyuan and Wong Chun Ting.  Gaoyuan had a tough opening round match against Anton Kallberg (4-3), but found his rhythm in the next round as he routed Tomislav Pucar 4-0.  Wong was the beneficiary of a Koki Niwa upset, so Wong has won three matches to advance, but has not had to take on a a top seed yet.

The third grouping has had both of the bracket’s top seeds advance, and Liang Jingkun and Liam Pitchford will battle on Friday evening.  The fourth grouping’s top seed, Hugo Calderano needed a comeback to top Cedric Nuytinck in the Round of 64.  Calderano will face Darko Jorgic.  In the fifth grouping, Lim Jonghoon upset Lin Yun-Ju to reach the Round of 16 and Truls Moregard, who upset Patrick Franziska, will face Lim tomorrow.  Quadri Aruna and Kristian Karlsson will face off in the sixth grouping of the Round of 16, Timo Boll and Yang Wang will face off in the seventh grouping, and USA’s Kanak Jha will face Ruwen Filus in the eighth and final grouping.

If one looked at the draw before action began, USA’s Kanak Jha should have faced World No. 20 Lee Sangsu on Thursday and his Friday match should have been against World No. 4 Tomokazu Harimoto.  Jha has benefitted from two upsets in his bracket and today he defeated Martin Allegro (World No. 122) and on Friday he will face Ruwen Filus (World No. 37).  These are clearly tough opponents who are playing well – but Jha now has the luxury of facing two players ranked below him (instead of two ranked significantly higher).  The winner of the Jha/Filus match will face the winner of Timo Boll and Yang Wang in the Quarterfinals (with the winner entering the medal rounds).

Mixed Doubles continues to be a real treat for TeamUSA.  The US/China pairings honoring the 50th anniversary of Ping Pong Diplomacy have both been successful thus far.  Kanak Jha and Wang Manyu will face the Indian pair of Sathiyan Gnanasekaran and Manika Batra in the Round of 16 on Friday, and the team of Lin Gaoyuan and Lily Zhang will face the Russian Team of Kirill Skachkov and Olga Vorobeva.  Top seeded pairs Cheng I-Ching/Lin Yun-Ju, Jia Nan Yuan/Emmanuel Lebesson, Wang Chuqin/Sun Yingsha, Doo Hoi Kem/Wong Chun Ting, and Tomokazu Harimoto/Hina Hayata are all still in the event and will see action on Friday as well.