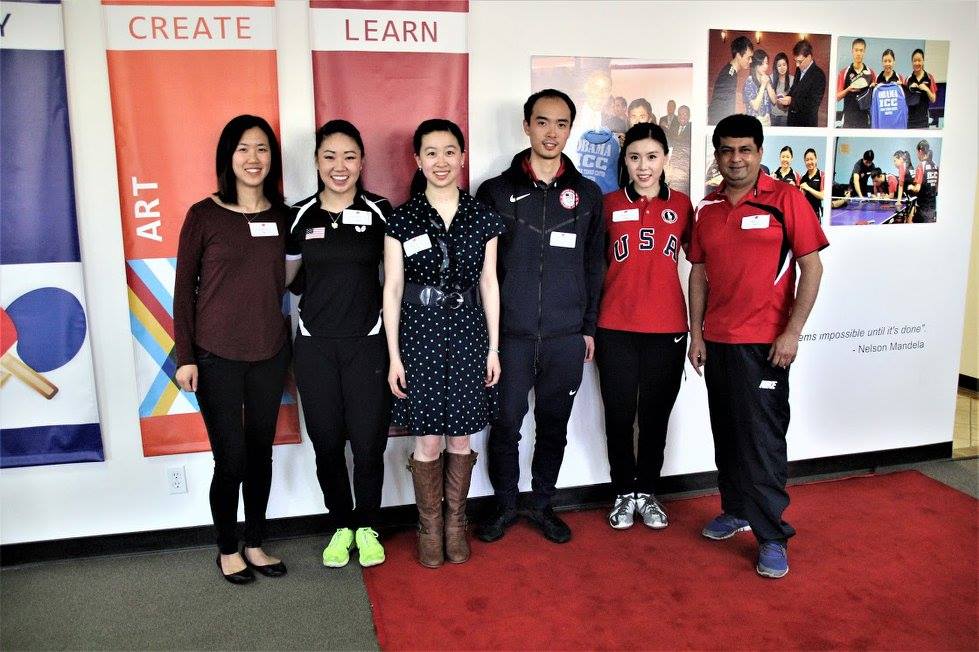 India Community Center’s Table Tennis Center in Milpitas held its annual exhibition and fundraiser on Sunday, April 23, 2017. More than 300 people attended the event and supported the players by helping the center raise $120,000. These funds will be used towards TT center’s present sponsorship programs and future initiatives.

The event featured exhibitions from accomplished players of all ages, National Champions and Olympians Timothy Wang (2012 & 2016 Olympics) , Lily Zhang (2012 & 2016 Olympics) & Ariel Hsing (2012 Olympics), who each trained at ICC for several years.
Raj Desai, ICC CEO, welcomed the gathering and addressed the dignitaries, players and the staff members present at the event. “Dedication of our coaches, hard work put in by the players and unwavering support from our donors has helped ICC TT center hit milestones year after year,” Desai said.

“We have produced over 300 regular students training in our table tennis classes, four Olympians and over 30 national  players to play for USA in the last eight years”  Rajul Sheth, ICC Table Tennis Center Director, said at the event. These achievements are very well reflected on the ICC Table Tennis Center’s wall of fame. We thank our equipment sponsor Butterfly for supporting our elite training program.
Among the speakers included Steve Westly, longtime supporter of ICC, former State Controller and Founder of Westly Group and Anil Godhwani, ICC Co-founder and President.

Every corner of the room was filled with enthusiasm toward table tennis: TT balls were placed in bowls as the centerpieces for the dinner table while three tables in the center featured exhibition matches, which were followed by an opportunity for guests to play with Olympians, National Champions, coaches and advanced players.