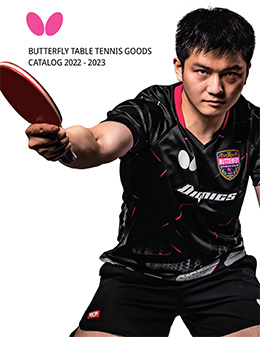 Liu Guoliang has been in service for the Chinese National Team for more than a decade as coach, and he has successfully maintained the greatness of his team. In the recently concluded Olympic Games, China once again recorded a clean sweep. However, it seems that the most successful coach today is already tired.

“The Rio Olympic Games is over. This is a relief for me. The pressure was really big. The more praises from people, the more pressured I get,” Liu Guoliang said.

After days of grueling battle, Liu Guoliang and the rest of the Chinese Team surpassed all the hurdles and recorded another glorious victory in the history of the Olympic Games. It was a clean sweep once again for Team China.

But once the applauses and cheers silenced, matters on retirement surfaced. This issue is actually not just limited to the players. Speculations on the possible retirement of Liu Guoliang also spread through the Chinese media.

It was reported that the head coach will be leaving his position in the Chinese National Table Tennis Team and assume a post in the Chinese Sports Administration.

“Whether to leave or not, I still don’t know, but I’ve always known my inner thoughts. Now, what I can decide is that I am tired,” the head coach clarified.

Liu Guoliang has been in-charge of the men’s team since 2001 and last February 2013, he was promoted to head coach position. His job of maintaining the glory of the Chinese Team is definitely anything but a piece of cake.

As of now, Liu Guoliang is not yet fixed on anything but one thing is for sure, he will be in Tokyo Olympic Games four years from now.

“Participation is certain. As to what capacity I will have, I’ll just have to wait and see. If I continue to be a head coach, my goal would definitely be more on securing the championship titles,” explained Liu Guoliang.

Liu Guoliang is not just passionate in winning. In fact, he is very passionate in promoting table tennis to a wider spectrum of people. He believes that whether he changes his job position or just content with the status quo, he will still remain enthusiastic with table tennis.

“Everyone is entitled to his or her own choices. Whatever coach Liu’s decision will be, the care for our mentor will still be there. I will always support coach Liu,” Ma Long said.

(by Larry Hodges) You push the ball long, and the opponent does a slow but spinny loop. And… Read More

(by Steve Hopkins) Located in the San Fernando Valley, North of Santa Monica and Malibu in the greater Los… Read More

Dusseldorf Stays One Up on Surging Saarbrucken in TTBL

(by Steve Hopkins) Borussia Dusseldorf is hanging on to the top spot in the German League.  Their league… Read More

Harimoto Clan: Interview with Parents of Miwa and Tomokazu

(by Steve Hopkins, photo ITTFWorld) A week ago, there was a Chinese sweep in Doha. This week, the… Read More

(by :Bowmar Sports Team) In this Butterfly Training Tips, Darryl Tsao is focusing on executing an opening loop… Read More

(by: Bowmar Sports Team) In this Butterfly Training Tips, Simeon Martin is focusing on a opening loop from… Read More

(by Larry Hodges) You’ve spent a lot of time working on a shot, and it’s now somewhat ingrained.… Read More
View All News