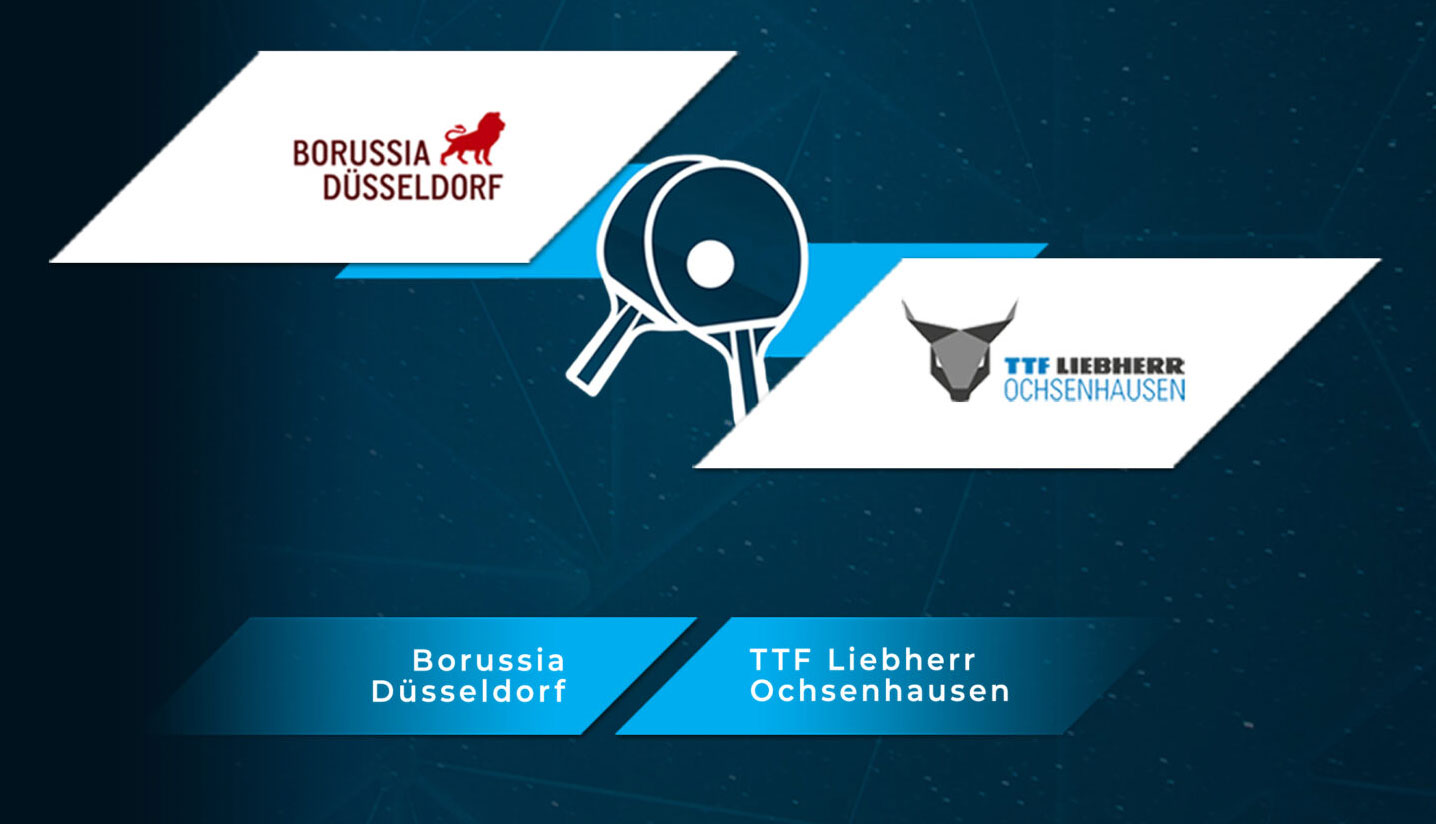 Borussia Dusseldorf over Liebherr Ochsenhausen in Last TTBL of 2020

(by Steve Hopkins, photo by ETTU)

Just a week after Borussia Düsseldorf won the Table Tennis Champions League (a club versus club event with participants throughout Europe), Timo Boll’s team sealed the top position in the German Bundesliga.

Liebherr Ochsenhausen, the German team where USA’s Kanak Jha plays, had won several matches in a row to jump up to a tie for first.  But in the final match of the year, the top two teams faced each other – and it was Dusseldorf who came out on top.

Kanak Jha faced Anton Kallberg in the opening match.  Kallberg has been one of the strongest players in Europe since the restart, but Jha kept the score tight.  The players split the first two games and were tied 12-12 in the third before Kallberg pulled away.  After going up 2-1, Kallberg won the final game easily for the 3-1 win (putting Dusseldorf up 1-0).  The second match was went to Ochsenhausen’s Gauzy (over Karlsson) evening the match 1-1.  Dusseldorf won the next two matches to seal the victory.  Walther over Kulczycki 3-0, and Kallberg over Gauzy 3-0.

At the halfway point, these are the top two teams in the TTBL, with TTC Schwalbe Bergneustadt holding the third position, and TTC New-Ulm in fourth.

Highlights of the match are shown below:

Kanak Jha plays with the Timo Boll ALC ST blade with Tenergy 05 Hard, and Dignics 05.   The Kanak Jha Pro-Line Racket is currently on sale at ButterflyOnline.